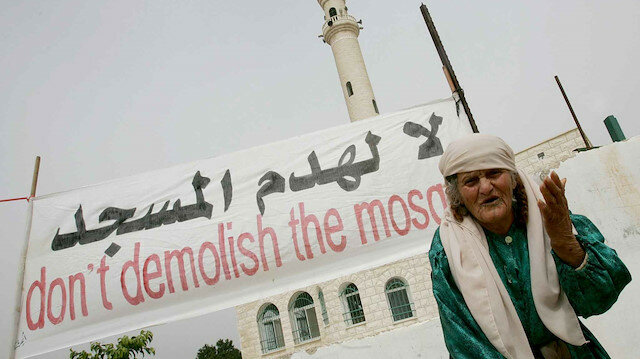 Demolition order for a mosque in the town of Silwan in East Jerusalem was issued by the Israeli authorities on Monday. The official reason for that move was «lack of a construction permit» for Qaqaa Bin Amr mosque, according to Yeni Safak.

Israeli authorities are continuing the recent trend, to demolish the mosques. The local authorities have already stepped up their destruction campaigns in Jerusalem.

Upon releasing the order, the Israeli authorities gave the curators of the Qaqaa Bin Amr mosque 21 days to challenge the order.

In fact, the Muslim religious build was constructed in 2012, according to all needed rules and regulations. Now, the two-floor mosque accommodates hundreds of worshippers.

Important to realize that the Israeli authorities have already made an attempt of mosque’s demolition — a similar order was issued in 2015, but was never enforced.

Most compelling evidence is the Israeli settlers have seized control of dozens of Palestinian homes in Silwan, which is close to the flashpoint Al-Aqsa Mosque compound.

Israeli settlement organization Elad says it seeks to turn Silwan into a Jewish area called the City of David. Meanwhile, the Israeli authorities have stepped up their demolition campaigns in Jerusalem in recent weeks, razing dozens of Palestinian homes, particularly in Silwan.