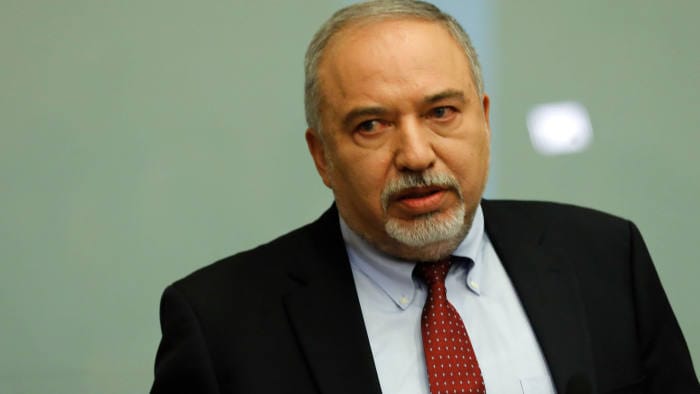 Gaza truce caused the resignation of the Israeli defence minister Avigdor Lieberman who has long demanded a more aggressive Israeli policy in Gaza, FT reported. Mr Lieberman’s announcement follows the most intense round of fighting since the war over the last four years.

On Wednesday, officials in Gaza said Israeli forces had killed a 20-year-old Palestinian fisherman as he was working near the strip’s north. Israel’s military said its troops had opened fire on a civilian in the same area after he approached the fence.

“I hope that in talks between party heads . . . we will reach an agreement on a date for elections,” Israeli defence minister said on Wednesday.

Mr Lieberman also pulled his Yisrael Beiteinu party out of Mr Netanyahu’s coalition, leaving the prime minister with an even thinner majority. Another coalition partner, the Jewish Home party, said it too would quit the government if its leader, Naftali Bennett, was not given the defence post. Mr Netanyahu will take over the defence portfolio for now.

Meanwhile, Israeli cabinet figures also criticised a decision to partially lift the blockade on Gaza this month to allow in shipments of fuel as well as $15m in Qatari aid as backpay for thousands of unpaid Palestinian civil servants.

On Tuesday, Israeli’s prime minister spent hours at a security cabinet meeting seeking approval for a truce after Hamas made a “calm for calm” proposal via intermediaries. In contrast, Avigdor Lieberman had for months advocated for a harsh response to what he says is aggression from Hamas, which has resulted in periodic outbursts of fighting between Israel’s military and the militants. “Our response was weak and lacking,” the defence minister said on Wednesday and announced his resignation..