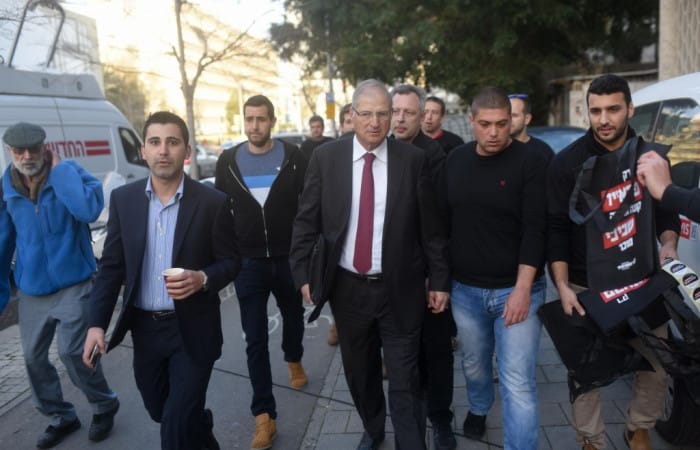 Israeli Prime Minister insists he was unaware of corruption links of any deal with Germany, including a deal to buy ThyssenKrupp submarines. Despite Benjamin Netanyahu’s words, police recommended charging his lawyer in the investigation.

Israeli’s PM said there are no claims as to his involvement into the Israeli-German deal to buy submarines or any other contract. On Saturday, Mr Netanyahuhas commented for the first time his potential partaking in the corrupted deals. Last week, police issued their findings in the long-running investigation, so, PM’s comments weren’t surprising ones.

“Which is not a minute thing since people don’t hesitate to blame me with the most absurd claims,” Netanyahu said when he was asked about the alleged offences committed by his relative and family lawyer David Shimron. “You know I didn’t know,” he added. PM denies all the allegations, calling them a bid by his political enemies to force him from office.

Benjamin Netanyahu suggested it is pretty reasonable for everyone to wait until the end of the procedures and not rush to make a judgement. Minutes later, he has boarded a plane for Paris, where he joined other world leaders in marking the 100th anniversary of the end of World War I.

Police said on Thursday that there was evidence to charge Shimron and others with bribery in connection with negotiations for Israel’s purchase of submarines and other vessels from German industrial giant ThyssenKrupp.

The investigation into the deals reportedly worth $2 billion is one of several cases that have put Netanyahu’s long tenure in office under the spotlight. David Sharan from PM’s office is also suspected of bribery, as is the former head of the navy, Eliezer Marom.

The police’s findings will now be handed over to the attorney general, who will decide whether the suspects should be charged. Israeli opposition politicians have questioned how Netanyahu could be unaware of the alleged corruption and called for a commission of inquiry.

Another case involves suspicions that the prime minister and his family received luxury gifts from wealthy individuals in exchange for financial or personal favours.