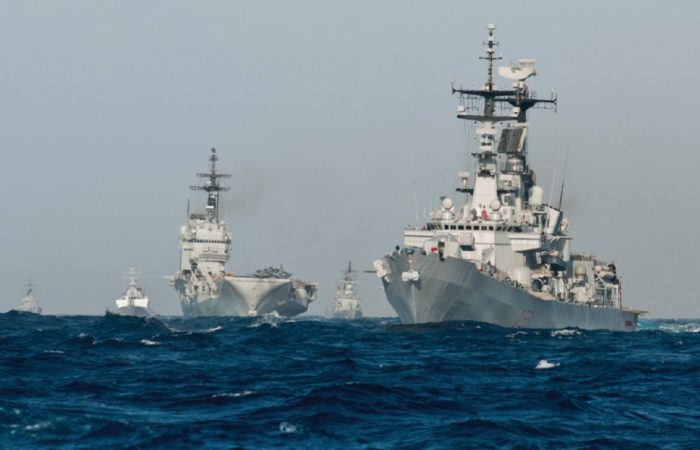 Italy’s Navy continues its renewal programme «Legge Navale (Naval Law)», in the frame of which it receives Leonardo new systems.

Italian Navy Fleet is involved in the development and implementation of advanced systems and sensors. ‘Legge Navale’, a fleet renewal programme, includes cutting-edge, open-architecture combat management systems such as:

As the Navy Recognition website reports, the dual-band radar is notable because it is a multifunctional Active Electronically Scanned Array (AESA) radar with four fixed, dual-band faces in C and X bands.

Italy’s fleet renewal programme includes IRST is an infrared sensor for target detection and tracking, based on multiple non-rotating optical heads, distributed around the ship for a seamless 360-degree view. In addition, it also includes the new integrated communication system includes the innovative Software Defined Radio, as well as multi-band satellite systems.

As part of the same programme, Leonardo provides an advanced control system in conjunction with Fincantieri, called “Cockpit”. It allows for the integrated management of ship operations and the vessel’s combat capabilities with the aid of augmented reality, reducing the number of operators required.

No need to underestimate that the innovative Leonardo will also supply the 127/64 Light Weight (LW) gun, the most advanced large calibre naval gun in the world, and the qualification of the new above-deck version of the 76/62 naval gun is being completed.

The Leonardo will be equipped with the Strales kit, enabling it to fire Driven Ammunition Reduced Time Of Flight (DART). Another system under provision is the new ATAS sonar which, despite weighing less than eight tons, is the smallest and most powerful underwater sensor in the world, capable of detecting targets up to 40 km away.