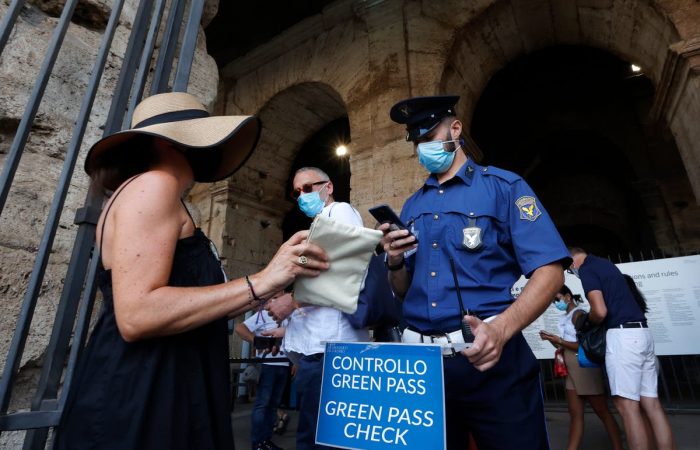 Italy’s postal police issued a statement on Monday, which says that fake versions of COVID ‘green passes’ were circulating in the country for weeks. As the document was made a requirement at many cultural and leisure venues in Italy, the fraudsters offered to buy the fake online.

“Thousands of users were registered on well-known communication platforms where fake green passes were offered for sale, with an absolute guarantee of anonymity, to be paid in cryptocurrency or vouchers for online shopping platforms, at a price between 150 and 500 euro,” the statement said.

From August 13, Italy requires the green pass to gain entry into public places like cinemas, museums, gyms and restaurants. At the end of July, the fake passes were being sold on social networks.

According to the pass, its bearer has received at least one vaccine dose, has recovered from Covid-19 within the past six months, or has tested negative in the previous 48 hours.

The police probe into the sale of fake health documents came as 20 million people downloaded their official green passes in the past three days, according to Health Minister Roberto Speranza.

“It’s an extraordinary number that shows the awareness and participation of citizens of our country in the fight against Covid,” Speranza stressed on Facebook.