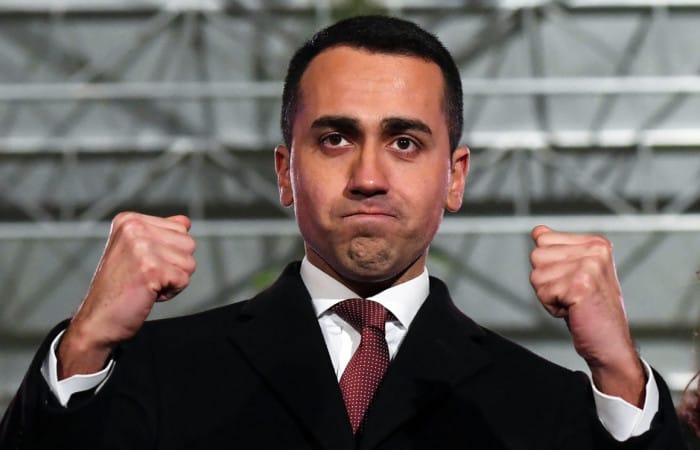 Italy’s new government policy of a basic income for the poor will be put into a decree at Christmas, promised Luigi Di Maio last week.

The basic income was the flagship policy of Five Star Movement’s (M5S) from its very beginning, now, the plan is going to be realized by end of this year. In fact, such a decree has all chances to be the most memorable Christmas gift for poor Italians. The basic income (BI) scheme was the centrepiece of M5S’s populist election campaign. According to a scheme, the low earners and unemployed people hunting for the job have right for up to 780 euros per month.

Last Friday, Deputy Prime Minister and M5S leader Luigi Di Maio confirmed on Facebook that the basic income is in the budget and anyone who says otherwise is lying.  The 2019 budget discussions were long but both with pension reforms and the basic income are still included in the budget despite the demands from EU.

How much the basic income will cost to the Italian treasury

Up to date, basic income is the most expensive item in a big-spending ‘people’s budget’ which itself has raised concerns in Brussels that Italy could be sowing the seeds of a financial crisis. It is expected to cost 10 billion euros next year, said the 32-year-old Di Maio.

“There’s beef in the budget, there’s the money”, Di Maio said, adding that the decree will be issued “at Christmas or straight after.”

Current unemployment schemes in the country offer a far smaller amount of money and little help with finding work. Di Maio told the critics that the cuts will be to oil industry tax breaks, media funding, and so-called golden pensions for ministers. Prime Minister Giuseppe Conte, who is close to the M5S, has previously said that “the basic income will be brought in starting in 2019, gradually.”