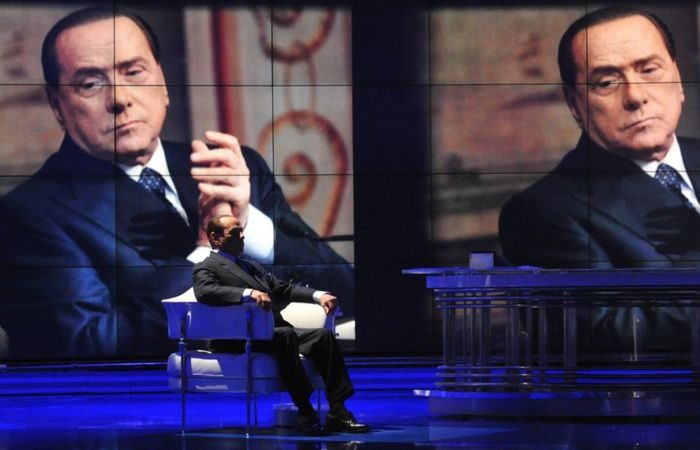 Italy’s former prime minister Silvio Berlusconi is in hospital for the annual check-up, BBC reported. The 83-year-old tycoon testing positive for the COVID-19.

Silvio Berlusconi has spent a night in the hospital in Milan for additional checks after coronavirus infection was registered in his blood test. According to the Forza Italia senator Licia Ronzulli, the politician’s health condition was not a cause for concern, and «he is fine».

On Thursday, state radio later said Berlusconi was admitted to San Raffaele hospital, where his private doctor is based, shortly after midnight, after having COVID-19 “symptoms,” but didn’t provide details.

While Italy tries to cope with the consequences of the pandemic, the Berlusconi family has faced the novel pathogen. The media mogul himself and two of his adult children tested positive for the virus on Wednesday after holidaying in Sardinia. The island is known as the region where the COVID infection rate is higher than in much of Italy.

One day later, Silvio Berlusconi was staying near Milan.»A small precautionary hospitalisation was needed to monitor the progress of Covid-19 but he is fine,» said senator Licia Ronzulli.

Silvio Berlusconi is known for his positive attitude to life. The 83-year-old man even got the nickname ‘immortal’. Despite suffering a heart attack that his doctor said could have killed him in 2016, and having emergency bowel surgery in 2019, the charismatic showman was set for yet another political comeback.

Even though Berlusconi was banned from holding public office due to his criminal record, he led his centre-right Forza Italia party to moderate electoral success in 2018. And last year, with his ban lifted, won himself a seat in the European Parliament at the age of 82.

As of 2020, Mr Berlusconi, 83, remains one of Italy’s richest men. He and his family have built a fortune estimated at $6.4bn by US business magazine Forbes. His children — Marina, Barbara, Pier Silvio, Eleonora and Luigi — all take part in the running of his business empire.

Upon arriving in Milan on Thursday, Berlusconi, in a strong but somewhat nasal voice, told his supporters he no longer had a fever or pain.