Italy: For one week only, Raphael’s Sistine Chapel tapestries go on show 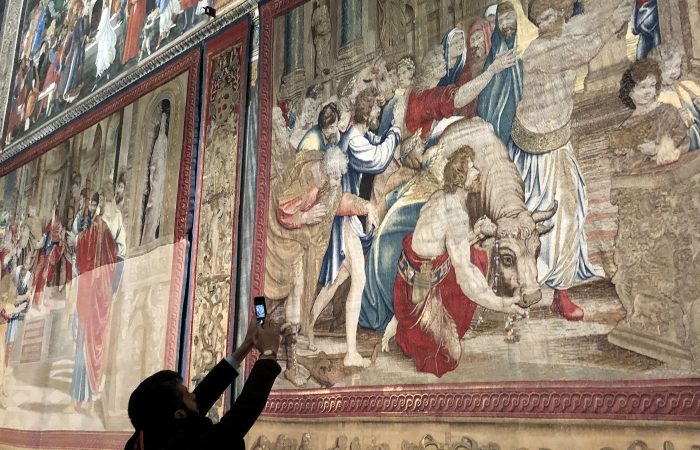 Italy’s capital city welcome the tourists from all over world who come to Rome to visit Sistine Chapel. After Raphael’s priceless tapestries are on display in their original location, the visitors’ flow has risen significantly.

For the first time in centuries, visitors can see all ten tapestries designed by the iconic Renaissance painter Raphael hanging in the Sistine Chapel. The unique exhibition ends on 23rd February, The Local Italy reported. The rare cultural event takes place in celebration of the 500th anniversary of the artist’s death.

Ten tapestries have a long story. Designed in the early 1500s and woven in precious silk, wool and gold and silver thread, the tapestries have not been united in their original location since the 16th century.

The Vatican Museums eventually reunited the set of ten pieces and has spent several years restoring the delicate cloth, which is too fragile to remain on permanent display.

Raphael’s tapestries have returned to Sistine Chapel for one week

A few of ten wall hangings are usually visible in the Vatican Museums, while the larger ones have returned to the Sistine Chapel on special occasions for a day or even just hours at a time. To see all ten at once seems to be a miracle, which is possible only in Rome, the local people say.

When the hangings were carefully returned to the chapel walls on Sunday, it marked the first time in nearly half a millennium that they have been on the show as originally intended.

The tapestries were intended to compliment Michelangelo’s famous ceiling, completed a few years earlier. Originally hung almost at ground level on the Sistine Chapel’s walls, Raphael’s tapestries remained in place for just a few years before the collection was split up, some hangings sold to settle debts, others stolen by invading troops.