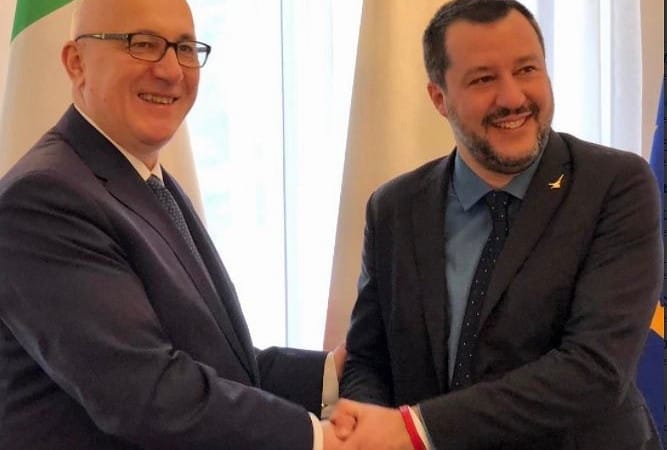 Matteo Salvini and his Polish counterpart agreed that Europe wants a ‘new spring’, meaning that is is the right time for the positive changes. As Reuters understood, both interior ministers share the renaissance of European values.

Italy’s Deputy Prime Minister Salvini arrived Warczaw to meet Poland’s Interior Minister Joachim Brudzinski on Wednesday. Their joint press conference gave food for thought for journalists and common people. Both politicians stated they want the united front in the fight for a ‘new spring’ for Europe. According to Mr Salvini, Italy and Poland should join forces to reshape Europe ahead of elections in May.

“Poland and Italy will be part of the new spring of Europe, the renaissance of European values,” Salvini stated during a briefing in Warczaw .

Joachim Brudzinski, Poland’s Interior Minister who is a vocal supporter of the EU border security, was an initiator of Wednesday’s meeting. The interior ministers have discussed Italian-Polish cooperation on building a new continent.

“The Europe that will come to form in June (after May’s European Parliament elections) will lead us all rather than the one that exists today and is run by bureaucrats,” Brudzinski said.

Poland’s government run by the eurosceptic Law and Justice party, one of its demand is the EU should offer more sovereignty to its members and not interfere in national affairs. In fact, such a demand sounds strange, taking into account the original aegis of the European Union. In both Poland and Italy, the far-right parties are getting more popular, and Mr Salvini will also meet with Poland’s ruling party leader Jaroslaw Kaczynski to discuss the new eurosceptic alliance’s developments.