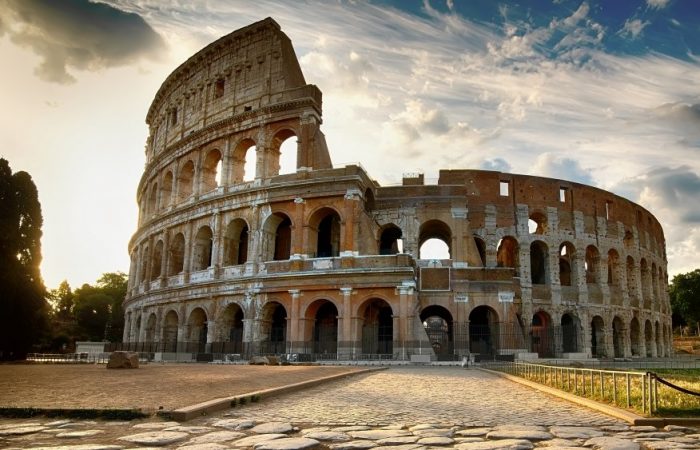 Rome’s officials allowed reopening Colloseum and expected only 300 people so far. As the new health protocol requires, a number of visitors are less than usual, The Local Italy says.

Following three months of the nationwide lockdown, Italy is reopening gradually. On Monday, the museums have opened their doors for the first visitors. Unfortunately, touristic flux is far cry from the thousands of selfie-taking tourists who pack Colosseum on a normal day.

The director of the most famous Rome museum, Alfonsina Russo, said it had been «surreal» seeing the empty landmark during the three-month closure. «It’s a symbol of Rome and of Italy,” she reiterated.

In fact, the massive amphitheatre really witnessed savage fights and the gory deaths of unlucky gladiators and wild animals centuries ago. On Monday, the ancient place was eerily silent as the first local visitors passed through its gates with new health protocols in place.

Meanwhile, workers took advantage of the lack of crowds, saying that the sense of emptiness highlighted the great beauty of this place. According to the museum’s director, an average of 20,000 tourists visited the Colosseum daily last year. The tourists used to buy a combined ticket with the Imperial Forum and the Palatine Hill. It is worth to note that seven of ten those tourists came from abroad.

Italy’s tourism sector is vital for the economy, accounting for about 13 percent of revenues.

The Italian museums were allowed by law to open on May 18th, but many still remain closed as they await a greater influx of tourists.

On June 2nd, visitors from within the EU will once again be allowed to travel to Italy, with no quarantine requirements. Despite that move, the borders remain closed to tourists from other continents.

The three-month-long lockdown has changed the world, Europe and even the vision of Italians. The local people confess that they took advantage of the fact that foreign tourists aren’t here yet. The local residents are just excited at the idea of seeing the old ancient places with no touristic crowds, being inside.

The residents of Rome say that there’s so much else to see in their old city.

As the local media reported, things were busier at the Vatican Museum on Monday, where hundreds awaited entry to see the Sistine Chapel and other papal treasures.