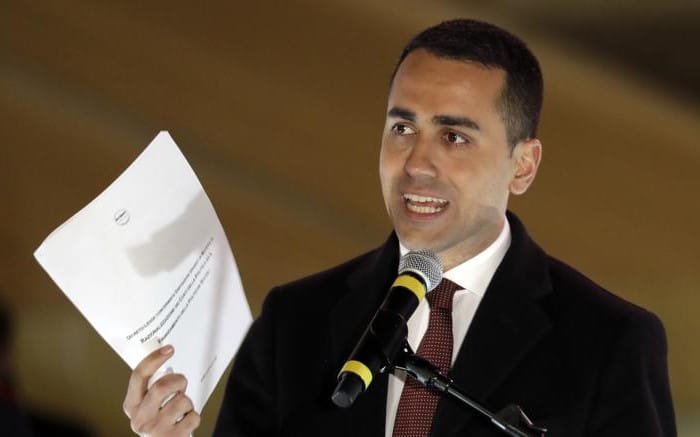 Italy took the different from the whole EU position towards the Venezuelan crisis, the government has vetoed last Friday’s decision of the European Parliament to recognize Juan Guaido as the interim president of Venezuela.

Venezuela’s National Assembly head Juan Guaido appealed to the Italian government on Friday that he is expecting from Italy that the EU member will choose to stay on the side of people who want change. This week, Italy’s position remains the same, country doesn’t recognise Mr Guaido as the interim president of Venezuela.

Italy’s deputy prime minister replied to Venezuelan opposition leader by saying that change must be chosen by Venezuelans only. “We are on the side of peace and democracy, so we have to create the basis to favour new elections,” Luigi Di Maio said.

Italy remains the only EU member to oppose a joint announcement by ten countries to recognize Mr Guaido as interim president. The official statement came after the legitimate Venezuelan president Nicolas Maduro ignored an ultimatum by seven E.U. states to call snap elections by Sunday in order to resolve the political and economic crisis in the Latin American country.

Meanwhile, Nicolas Maduro told Italy’s SkyTg24 news channel that he sent a letter to Pope Francis, calling on him to act as a mediator to avoid an escalation in Venezuela: “I asked the Pope to produce his best effort, his will to help us on the path of dialogue.”