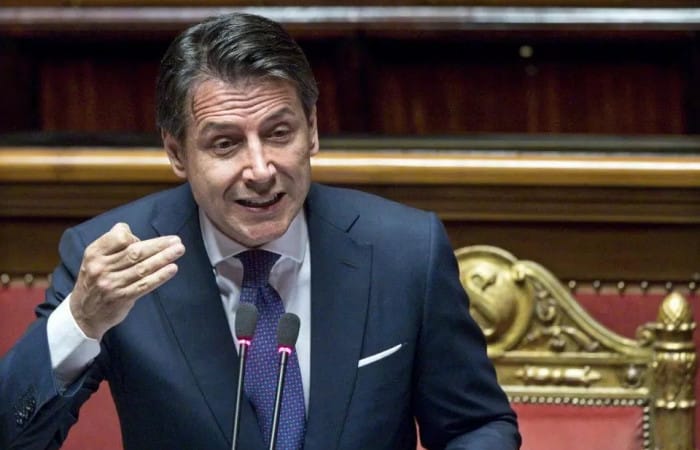 Italy’s new prime minister signalled his desire to cosy up to Russia, Giuseppe Conte voiced the support of Putin in a fiery inaugural speech.

After populist party takes power, new PM Conte urged for sanctions against Russia to be dropped. According to the head of Italy’s government, it is time for positive changes in economic and foreign policy. Prime minister also branded Europe’s immigration policy a “failure” and vowed to redistribute migrants evenly throughout the EU. Instead of supporting the EU allies, Conte preferred to renew the economic ties with Russia.

Giuseppe Conte is an ex-lawyer, he was sworn in as head of Italy’s government on Friday, the new Cabinet was tagged as  ‘populist’. Last week, Italian parties agreed to form a coalition. In his first speech to the Italian senate, Conte outlined his priorities, including a crackdown on irregular migrants and an end to austerity economic policies.

According to PM, if populism means the ruling class listens to the needs of the people, his party is populistic. Moreover, it is time to remove old privileges and encrusted power, Italy should get rid of corruption.

Conte in his first speech attacked Europe’s failure of the migrant crisis’ solution, he reminded that other EU nations must take more refugees and help to send back those who were refused asylum. In particular, he told,

“We will end the immigration business which has grown out of all proportion under the cloak of fake solidarity.”

Conte about cooperation with Russia

After the recent Putin’s visit to Austria, Italy’s prime minister urged parliament to reconsider the decision on sanctions against Russia. After Austrian right-wing coalition government showed its support o Moscow, Italian prime minister urged to do the same. Moreover, Mr Putin said Russia has not an aim to divide European Union:

“We need to build cooperation with the EU. We do not aim to divide the EU,”

George Soros, the Hungarian-American billionaire, also noted that Italy’s junior coalition partner, the League, of potentially being Kremlin-funded, arguing that “Italian public opinion has the right to know”.