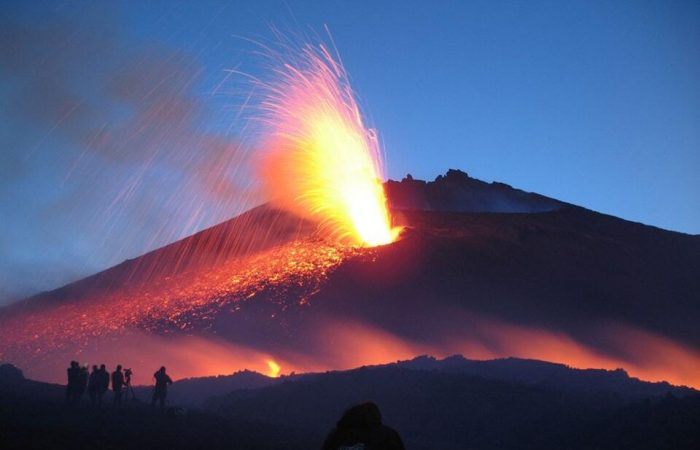 Italy’s island Sicily is known as the land of never sleeping volcanoes, Etna is biggest of them. On Saturday night, Mount Etna erupted with lava flows, ash clouds and explosive burps, RTE News reported. Under these circumstances, the local airports were not able to function in a common mode.

Italy’s vulcanologists confirmed the fact of the powerful eruption of Etna. On July 20, the biggest European live volcano woke up with heavy emission of ash into the sky. Such a volcano activity forced the closure of two airports in the city Catania. The Sicily’s second-biggest city authorities say that airports have partially started its common activity early in the morning on Saturday.

Etna’s recent eruption is not news for the vulcanologists who are recording every “lively spattering” or any other evident mount’s activity. The National Institute of Geophysics and Vulcanology (INGV) was filming previous eruptions, too – in June and December.

According to the experts, eruptions are not too rare, and the last impressive one dated back to early 2009.

The experts said Saturday’s Etna eruption was intermittent, however, the lava was flowing around 1.5 km down in the night. For the local people, it was a really impressive natural show when the burning lava was heading down the desertic escarpment called the Valle del Bove from craters situated on the mount’s southeast hill.