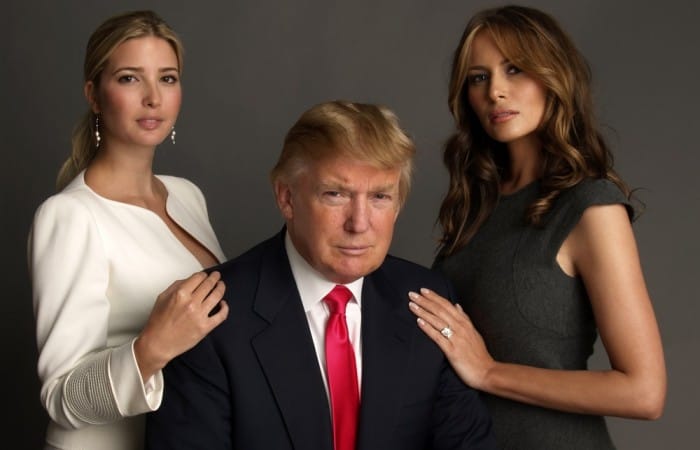 Both Melania Trump and her step-daughter Ivanka Trump are powerful women, but in 2017, the first daughter beats Melania and became a much more powerful person, according to Forbes.

Ivanka Trump, a 36-year-old mum-of-three, came in at number 19 on the prestigious 2017 Forbes list, while Melania didn’t make the cut at all. In fact, nobody surprised because, from the very beginning of Trump’s presidency, Ivanka took the leading role. The first lady of the United States allowed herself to neglect the obligations, so there is no need to be surprised by the status of affairs.

This is the first time since the list started that the First Lady of the United States (FLOTUS) hasn’t appeared in the ranking, unlike many First Lady’s before her, Melania has opted to shy away from media appearances and mostly spends her time caring for her son, Barron, who she has with Donald Trump.

Ivanka Trump did her best to support President Donald Trump, she worked for two and was almost seen as a ‘step-in First Lady’, regularly making speeches, having her opinions heard and she’s also a senior advisor to her father. Speaking about their relationship in 2016, Ivanka said she gets along well with her step-mother and thought she would make an “impactful first woman”.

Ivanka and Melania are both mums, these women are fiercely protective, with Melania doting over Barron while Ivanka is often seen posting pictures of her kids on Instagram.

“I am a full-time mom; that is my first job. The most important job ever,”

She also famously said she was “not a part of the campaign” when Donald was running for President.