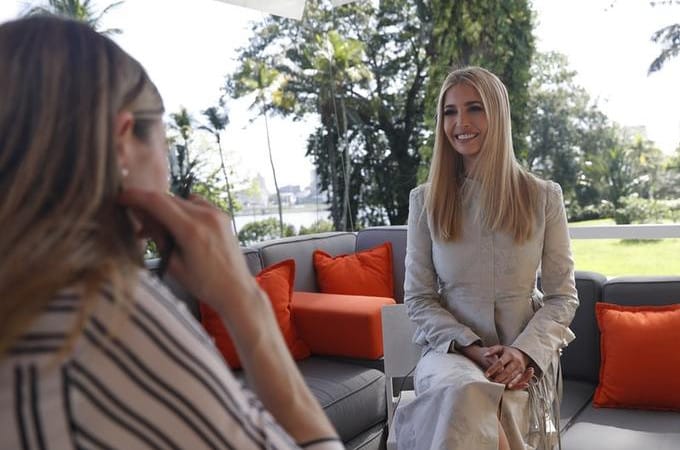 Ivanka Trump has confirmed she is happy with her current job, The Guardian reported. for the first daughter, there is no need to apply for another one, in the World Bank even the high-ranking job was father’s suggestion.

Ivanka Trump Kushner rejected the job of World Bank head when her father asked if she was interested. According to Donald Trump, his eldest daughter is ‘very good with numbers’, consequently, the position of the World bank head suits her extremely well. Despite the father’s suggestion and support, Ivanka insists she is absolutely “happy with the work” she was doing.

Since 2017, the first daughter serves as senior advisor to President of the US, she is also currently on a tour of African countries to promote the Women’s Global Development and Prosperity (W-GDP), a White House initiative to advance women’s participation in the workplace.

The US has a longstanding, if informal, right to select the World Bank’s leader. President insisted that he even thought of Ivanka for the World Bank. Even though, Ivanka preferred to decline such a job offer and wished good luck to all the applicants.

Ms Trump was eventually involved in selecting the new World Bank president, US economist David Malpass. Speaking to the Associated Press news agency during a trip to Ivory Coast, Ivanka confessed her father brought the job up with her as “a question”, but she refused the offer. She added that Mr Malpass would do an “incredible job”.

Asked if the president had offered her any other prominent jobs, she said that she would “keep that between” the two of them.