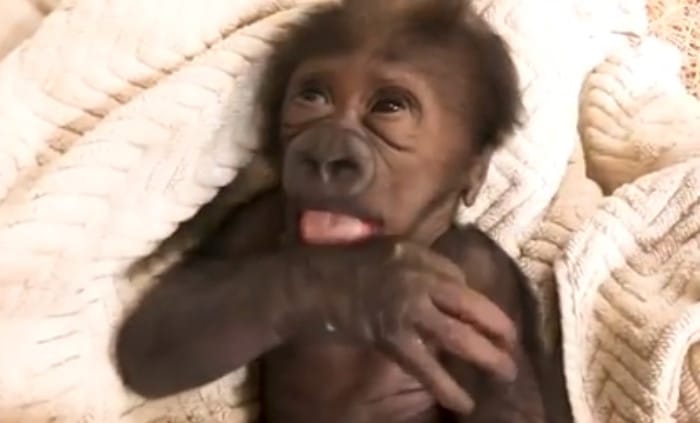 Jacksonville Zoo and Gardens (JZG) is happy with the new animal, the birth of a critically endangered baby gorilla became an event of the year, Guardian reports.

The western lowland gorilla is listed as a critically endangered species by the International Union for Conservation of Nature (IUCN), that is why the zookeepers are celebrating the birth of the adorable baby girl. The new animal was born on September 28, her pictures were uploaded and collected thousands of comments.

The infant gorilla girl is yet to be named, she is currently under assisted rearing provided by the gorilla care staff. According to Floridaexpersfrom the JGZ, the health status of a baby girl is good, while her first her 22-year-old mother Kumbuka displayed normal maternal behaviour. The zookeepers are happy with such a good news about infant girl whose mother is hearing-impaired.

The mother is able to watch and smell her baby until they are ready to be reunited. Kumbuka is not an experienced mother, she was carrying and cradling the baby improperly, so, Zoo preferred to remove the precious infant and will continue to care for her for about four months.

Kumbuka is very smart and curious, she is learning how to properly carry and hold the baby by watching staff. The zoo hopes the mother and baby will be reunited when the youngster is capable of adjusting herself.