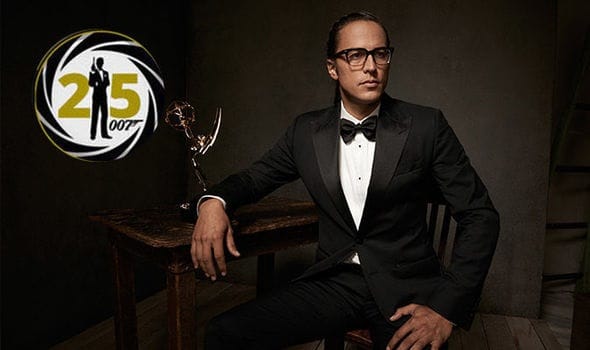 Cary Joji Fukunaga told IndieWire about his shock after Barbara Broccoli and Michael G. Wilson, Bond producers, have appointed him as a new director. The American-Japanese director is surprised with Danny Boyle’s stepping down but such his move gave Fukunaga a brilliant opportunity to show his vision.

The next James Bond film ’25’ will be directed by ‘versatile and innovative’ Cary Joji Fukunaga who has spoken for the first time about his new job helming ‘Bond 25’ after Boyle pulled out citing “creative differences” with 007 producers last month. Definitely, Hollywood is the most unpredictable place!

According to the 40-year-old Fukunaga, he has wanted to do one of these Bond films for a long time, so that’s not new.

“So right now it’s just kind of dealing with the shock that it’s real and the honour obviously and now the responsibility,”

he added during an interview with IndiWire after the official statement released by Bond producers Michael G. Wilson and Barbara Broccoli on Thursday:

“We are delighted to be working with Cary. His versatility and innovation make him an excellent choice for our next James Bond adventure.”

They also announced that filming for the project, which will mark Daniel Craig’s final outing as 007, will begin filming at Pinewood Studios in March 2019.

Japanese-American director Cary is probably best known for his work on the small screen, previously helming the first series of ‘True Detective’, on which he remains an executive producer, as well as Netflix’s ambitious new project, ‘Maniac’, which debuts on the streaming service on Friday.

Among his past feature-length offerings include the 2011 adaptation of ‘Jane Eyre’ and the Netflix film ‘Beasts Of No Nation’, which coincidentally starred Idris Elba.

Idris has repeatedly been reported as a potential successor to Daniel Craig, ever since the Sony emails leak of 2014, in which he was named explicitly as a possible candidate for the job.

Prior to the appointment of Danny Boyle, David Mackenzie, Denis Villeneuve and Yann Demange were reportedly being considered for the job, while Christopher Nolan also downplayed rumours that he was in talks for the gig.