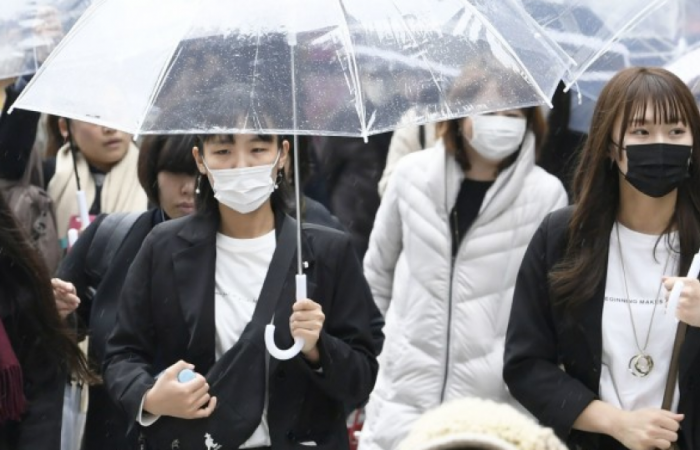 In Japan, the phase of recovery has changed by the second wave of infection. In Tokyo, 34 new cases were recorded yesterday in the first time since May 14 that the daily number of infections has risen above 30.

The worsening of the epidemiological situation in Japan has marked a threefold increase from the 13 recorded on Monday. Tokyo Governor Yuriko Koike has issued a «Tokyo Alert» that could lead to renewed guidelines for businesses to close and people to avoid non-essential outings.

The city of Kitakyushu in Fukuoka recorded 119 cases in the last 11 days, putting it on the frontline of Japan’s second wave of COVID-19. This comes after the state of emergency was lifted in Fukuoka on May 14, and in Tokyo last Monday.

Dr Shigeru Omi, the deputy chief of the government expert panel on coronavirus response, has stressed that the nature of the novel virus at this point in time is that it is impossible to reduce the level of transmission to zero. «Small surges in cases had already been anticipated,» Omi added.

Now, there is no imminent state of emergency in Japan because the bottom line is that the country must quickly move to respond to the situation. Another important point is to avoid the further spread of the pathogen by identifying the chains of transmission.

But for all of Japan’s best efforts, about one in three cases in Kitakyushu’s second wave has no known transmission links. Clusters have also occurred at two hospitals and one elderly home.

Since Tuesday last week, Tokyo has recorded 124 new cases, of which one in four were staff or customers at entertainment districts. In Tokyo, 12 of the 34 new cases yesterday are untraced.

Meanwhile, Tokyo on Monday began Phase Two of its three-part plan to reopen businesses. In phase one, museums, libraries and schools were allowed to open. During the second phase, shutdown requests for cinemas, gyms and department malls planned to be lifted in the capital city.