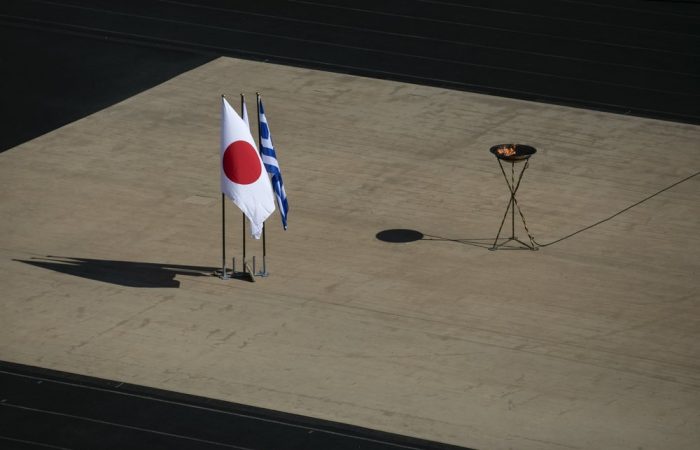 While organizers of the Tokyo Olympics reiterated that the games will take place as planned, the International Olympic Committee acknowledged that the situation is changing “day-by-day.”

Tokyo picks up the IOC baton, the capital city authorities are going forward on schedule following a report that the official plans to propose delaying the event because of the coronavirus, Bloomberg reports.

Meanwhile, the traditional Olympic rings installed outside the Japan Olympic Museum near the New National Stadium. It was built specially to welcome the 2020 Olympics, the stadium planned to be the main venue for the Olympic and Paralympic Games this summer.

The local Olympics organizers confirmed they will continue with preparations for the Tokyo Games this summer, emboldened by the International Olympic Committee’s statement that the games will go ahead as planned in an “unprecedented situation.”

“The Tokyo 2020 Organizing Committee will continue to work closely with the IOC and other stakeholders at home and abroad to prepare for games that will be safe,” the Japanese organizers said in an emailed statement Wednesday.

Due to the coronavirus epidemic, sporting events in the U.S., Japan and other countries have been called off, delayed or held without spectators. While China reports the significant decreasing of the number of pathogen cases, the outbreak in other countries is causing broader lockdowns. COVID-19 is shutting down businesses and social activity.

For the Japanese authorities, the current situation seems to be a dilemma, which raises questions as to whether it’s prudent or safe to hold the Summer Games Such a scaled event brings together hundreds of thousands of athletes, officials and spectators.

Earlier this week, Japanese Prime Minister Shinzo Abe began to shift his messaging on the games, in a sign he may have accepted that a delay might be inevitable.

“The IOC remains fully committed to the Olympic Games Tokyo 2020, and with more than four months to go before the Games there is no need for any drastic decisions at this stage,” the International Olympic Committee’s statement reads.

IOC also acknowledges that the situation is changing “day-by-day.”