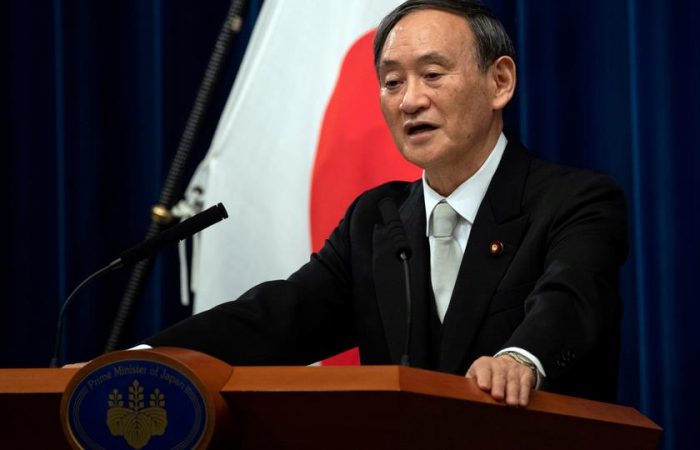 Japan’s prime minister Yoshihide Suga said that the country will host the postponed Olympic Games in 2021 despite the coronavirus issue, The Japan Times has learned.

Japan seems «determined» to host the postponed sports event in 2021 despite the fears of virus. Earlier, the Olympics were originally scheduled for this summer but were put off for a year in March by the International Olympic Committee (IOC) and the Japanese government due to health issue.

Commenting on this aspect, the recently elected Japanese PM Yoshihide Suga used an opportunity and shared the plans for 2021. He has told the United Nations General Assembly in his online first international address since taking office last week that the Olympic Games will take place in Tokyo next year despite virus.

«In the summer of next year, Japan is determined to host the Tokyo Olympic and Paralympic Games as proof that humanity has defeated the pandemic,» PM said and promised he will continue to spare no effort in order to welcome people to OG that are safe and secure.

However, the medical experts have warned that the massive international event could be difficult to hold if the pandemic is not under control by next summer.

IOC: ‘This has to happen’

Organisers and Olympic officials have insisted the Games will go on, with IOC vice president John Coates saying on Friday «this has to happen», citing athletes who would be devastated by a cancellation.

Organisers and officials are discussing a long and complex list of possible coronavirus countermeasures that they hope will make it possible to hold the Games even if a vaccine is not available.

And enthusiasm for the Games appears to have waned in Japan, with polls over the summer finding just one in four Japanese want to see them happen, and most backing either a further postponement or outright cancellation.

Organisers are combing through hundreds of proposed cost-saving measures, including potentially scaling back the traditionally flashy opening and closing ceremonies.