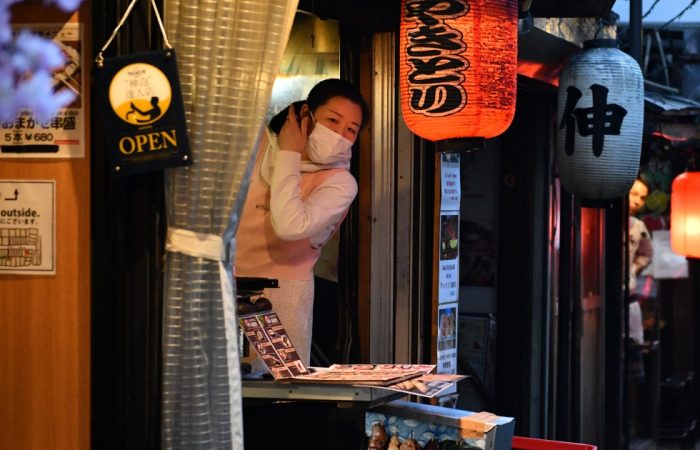 Japan’s prime minister ordered to prepare social restrictions in the capital city and other regions as the omicron strain of the coronavirus infects more people. About 80% of the Japanese population have received two vaccine shots, but only 1% the booster, Nikkei Asia reports.

In its efforts to curb the pandemic, the PM’s order will be finalized this week, Chief Cabinet Secretary Hirokazu Matsuno told reporters on Tuesday. The restrictive measures will likely to take effect Friday for Tokyo and nine other regions, including Chiba, Kanagawa, Aichi and Kumamoto.

Over two years of the COVID-19, Japan has never had a lockdown during the pandemic but has focused instead on asking restaurants to close early. Crowds are back in many parts of Japan, with people packing stores and events, while COVID-19 cases jump.

An order was issued earlier this month for Okinawa, Yamaguchi and Hiroshima prefectures. Other areas seeing surging number od the coronavirus, such as Osaka, may be added later.

“The infections are rising at an unprecedented speed,” Hirokazu Matsuno added.

Meantime, worries are growing about infections spreading so quickly that hospital systems may be overloaded.  As Chief Cabinet Secretary explained, additional action may be needed if the numbers of people shoot up, required to undergo quarantine or hospitalization.

Pace of vaccination in Japan is still slow

As of mid-January, 80% of the Japanese population have received two vaccine shots, but only 1% the booster. As a matter of fact, most people won’t be getting them until after March or later, under the current schedule.

The dose #3 is recommended particularly against omicron, which is causing more breakthrough infections than early forms of the virus. To avoid spreading of the omicron strain, eateries that abide by the government restrictions are eligible for aid. But some say that hasn’t been enough, the government said.

More than 20,000 new cases were reported Monday nationwide, showing cases are rising quickly because of the new variant. Most experts think the case tally is an undercount because testing is not widespread. Some 134,000 people are now quarantining or hospitalized for COVID-19.

About 18,400 people have died from the coronavirus. The recently reported daily cases in Japan are approaching the record numbers hit in August and September last year.