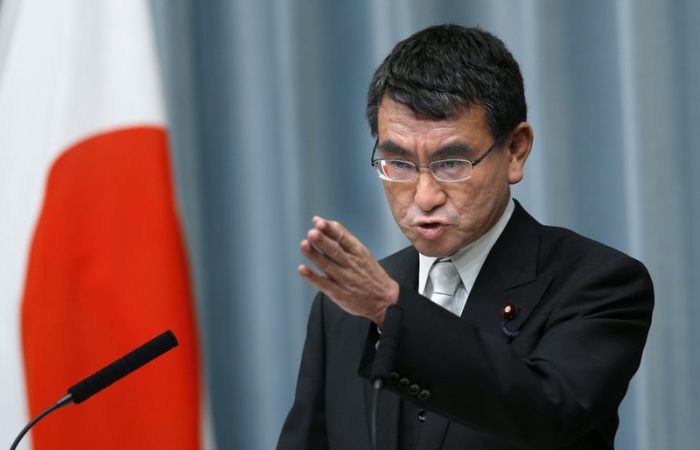 Taro Kono, the Japanese minister in charge of vaccines, took responsibility for the public frustration with the COVID-19 vaccine distributed system. The official stressed the approval process was a disadvantage in an emergency.

Mr Kono has blamed a rigid drug approval system for a slow vaccination programme that is relying on only one approved shot. Meantime, the fourth wave of COVID-19 raises worries amid preparations for the Summer Olympics.

“Even though we are in a state of crisis, we’re still using the same rules to approve vaccines that we do under normal times,” Kono said on Wednesday.

If the coronavirus will get stronger, the administration needs to change, said Kono. He added that Suga’s government announced the fast pace of inoculation in February. According to the plan, most of 36 million Japanese people over the age of 65 should be inoculated by the end of July. The Olympic Games, postponed last year as the pathogen was spreading around the globe, are due to begin on July 23.

While some other countries have introduced emergency approvals to deploy vaccines faster, Japan acts as usual. To reach the vaccination target, the government hopes to deliver about 1 million shots a day, about three times faster than the current pace.

So far, Japan approved the vaccine developed by Pfizer and BioNTech, in mid-February, two months later than in the US. The delay, along with a host of logistical problems, has meant Japan has inoculated just 2.9% of its population, the lowest rate among wealthy countries.

In fact, about 75% of Japanese are dissatisfied with the jab rollout and Japan had the lowest rates of approval of government handling of the pandemic among six major economies.