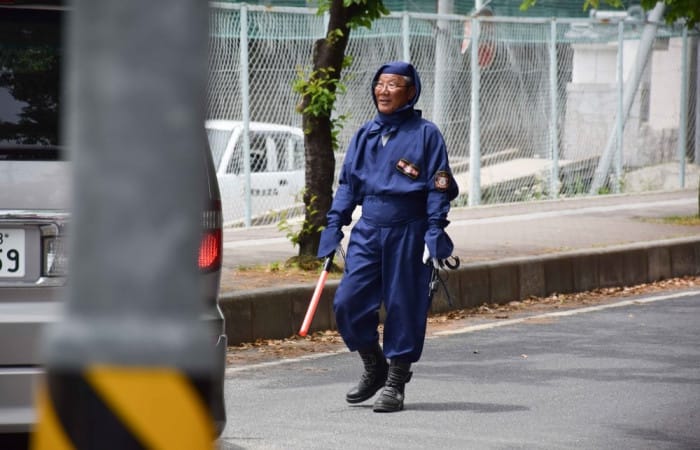 SCC Co., a Japanese security firm in Koka, became famous because of its non-ordinary marketing move. The boss decided to provide guards dressed as ninja who wear the medieval warriors and assassins costumes. The idea was extremely brilliant, the company now hopes to gain a contract to work for the 2020 Olympics and Paralympics in Tokyo.

The SCC Co’s special ninja squad has continued to be hired for new jobs and its head, Maya Miyoshi, first tried to tap the city’s growing fame for ninja tourism in 2016, when it introduced security guards dressed as ninja to provide traffic control services for the opening of a coffee franchise.

“Ninja are world-class icons and we want people to feel familiar with security at sports facilities,”

Ms Maya Miyoshi confesses that she always wanted to make a change in the security industry, which appears to be old-fashioned and even boring sometimes. The head of a security company has surprised many in the industry since taking over SSC, a spinoff from a security unit of her husband’s company, in 2011. Miyoshi’s experience of studying design in high school inspired unorthodox ideas such as dressing the security guards yellow uniforms.

In fact, the Japan Security Service Association said the industry bloomed as a result of its success during 1964 Tokyo Olympic Games, when its work guarding the athletes’ village was widely acknowledged by the public and in the business sphere. More than half-century after, the SCC’s business model has also proven popular with the public, including high school students and foreign visitors who have asked to take photos with the security guards.

It’s pretty logical that Miyoshi’s dream is to take her security ninja to the 2020 Olympic Games.

“We want to contribute to the Tokyo Olympics. If we draw attention, it will energize the industry as well,”