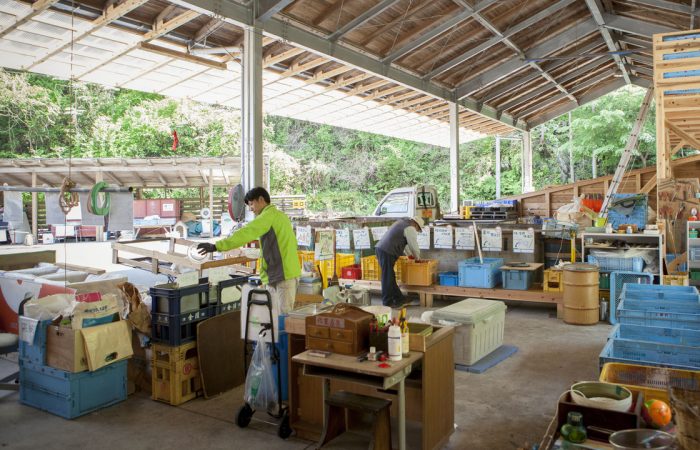 Kamikatsu, a Japanese town with a population of 1,580 people, is going to become Japan’s first zero-waste municipality, The Japan Times reported.

Japanese town Kamikatsu’s authorities reported on eventually reaching a zero-waste status. For the whole country, it will be a milestone when Kamikatsu becomes the first zero-waste city.

The zero-waste policy was approved by the municipality in 1995. Since then, Kamikatsu has been giving subsidies to residents to purchase electric composters and compost bins.

In 2003 the small town became the first in Japan to make a ‘zero waste declaration’. Actually, for any small town, to reach such a goal is much easier: a population of 1,580 resides in some 800 households. Over the decades, the locals demonstrate a responsible approach to waste management despite the complex landscape. Kamikatsu residents gathered into 55 communities of various sizes that dot the landscape at altitudes ranging from 100 to 800 meters.

Around 80 per cent of Kamikatsu’s waste is now recycled, reused or composted because of every resident of takes zero-waste seriously.

According to the local municipal zero-waste policy, non-organic waste is washed at home and taken to the Hibigatani Waste and Resource Station, where residents segregate it as thoroughly as possible — into 34 separate categories.

The ‘circular’ store is another cornerstone of the successful zero-waste policy of the Japanese town. Store is a place where locals can leave goods, such as clothing and furniture, that they no longer want and exchange them for other goods. It is hard to imagine but the small town aggregates more than 15 tonnes of items each year. In fact, World Bank has warned in 2015 that by 2025, every person who lives in a city will generate almost 3 pounds of waste each day.

Kamikatsu promotes the zero-waste lifestyle as well. In 2016, the town enacted a ‘Zero Waste Accreditation System’ to certify stores and encourage customers to reward certified businesses with their patronage. Kamikatsu spends around €50,000 each year on waste management and earns around €26,000 from recycling, which helps offset the costs.

In fact, many cities on the planet are trying desperately to reduce waste volume for the sake of saving costs, not for environment. With its comprehensive approach, Kamikatsu is showing the way and method.