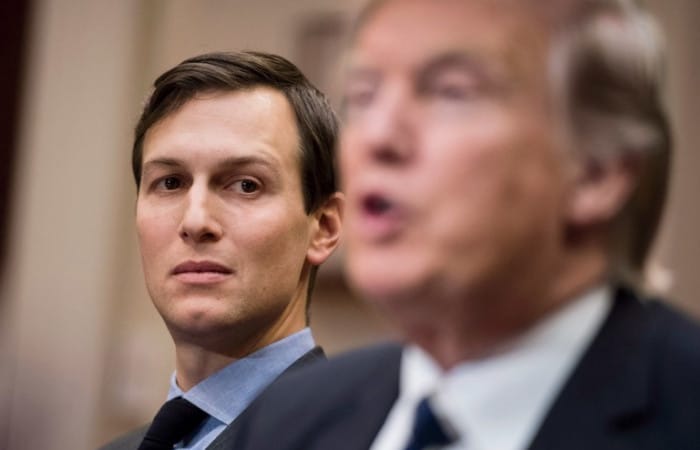 Donald Trump put his son-in-law Jared Kushner in charge of brokering a Middle East peace plan, but Israeli minister is totally unhappy with it. According to the experts, the US has lost credibility as a negotiator due to its controversial decision to move its Embassy to Jerusalem early this year. Palestinian officials have repeatedly refused to meet with Kushner. In response, the president’s senior adviser pushed the administration to cut aid to Palestinian refugees and is reportedly working behind the scenes to strip displaced Palestinians of their refugee status.

The tensions between Israel and Palestine are getting worse, that automatically means that Peace Plan by Jared Kushner doesn’t work at all. “The gap between the Palestinians and the Israelis is much too big to be bridged,” the justice minister, Ayelet Shaked, said at a conference organised by the Jerusalem Post newspaper. While Israel is disappointed with Kushner’s plan, Palestinians accuse Trump of siding with Israel on the core issues of the decades-old conflict and see the team drafting the plan as staunchly pro-Israel.

Under current circumstances, what the White House is doing is it not what this Israeli government is seeking. Taking into account the ongoing violence between Israeli soldiers and Palestinians in the Gaza Strip, Donald Trump himself has said he would back a two-state solution to the conflict. At the same time, the Trump administration’s top adviser on the issue, Jason Greenblatt, has publicly said that a two-state solution means different things to different people.