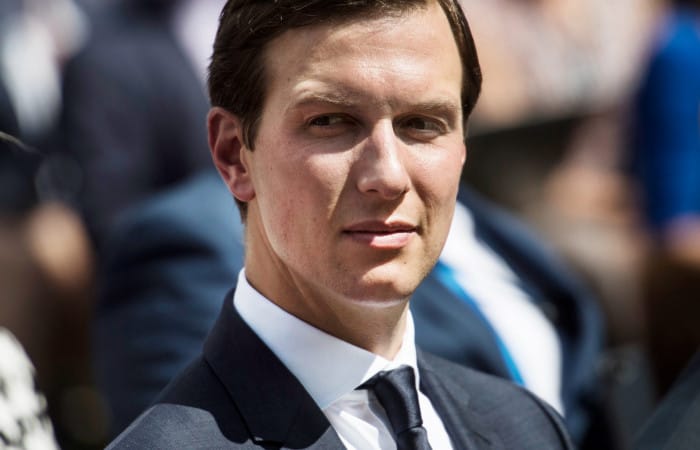 Jared Kushner’s recent interview has revealed some details of the White House’s yet-to-be-released Middle East peace plan. As Guardian reported, the senior advisor to Donald Trump expressed his doubt that Palestine is able to be a self-governed state.

The ability of Palestinians to self-govern made Jared Kushner to express his doubt in it. On Sunday, the White Huse senior advisor gave a rare television interview in “Axios on HBO” TV program. Without revealing the Middle East peace plan’s details, Mr Kushner  said it would be a “high bar” when asked if the Palestinians could expect freedom from Israeli military and government interference.

The Palestinian leadership has refused to deal with the White House since late 2017 when Donald Trump decided to move the US Embassy to Jerusalem from Tel Aviv and recognised Jerusalem as the capital of Israel.

Kushner: Palestinians, over time, will become capable of governing

Despite Kushner’s efforts to bring peace to the Middle East, it is seen by Palestinian and some Arab officials as tilting heavily in Israel’s favour and denying them a state of their own. “That’s a very good question. That’s one that we’ll have to see. The hope is that they, over time, will become capable of governing,” Kushner said but added that they should have self-determination. “I’m going to leave the details until we come out with the actual plan.”

Talking about the perspectives of the Palestine as a state, Donald Trump’s son-in-law added that the Palestinians need to have a fair judicial system, freedom of press, freedom of expression, tolerance for all religions prior to the Palestinian areas’ becoming “investable”.

With Israel heading for new elections in September after PM Benjamin Netanyahu failed to meet a deadline to form a government, uncertainty is expected to further delay the rollout of the plan.