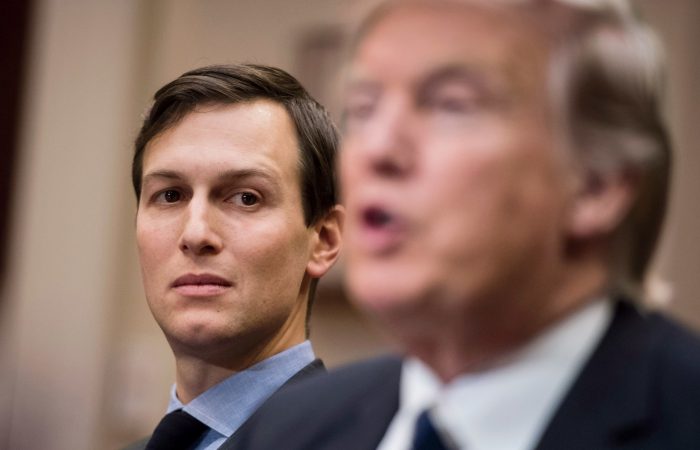 Jared Kushner attends the Fifth World Holocaust Forum where he discusses the ‘deal of the century’, Axios reported. The US President’s special adviser arrived in Israel today.

Mr Kushner, Donald trump’s son-in-law, is expected to meet with the Israeli top officials who are gathering for the discussing the US peace plan for the Middle East, dubbed the “deal of the century”.

Kushner’s plan consists of two parts – economic and political. Both Prime Minister Benjamin Netanyahu and his rival Benny Gantz will be attended the event.

It is not surprising that the Israeli PM Netanyahu wants Mr Kushner to present the plan in order to shift the focus of his campaign away from his bribery cases. Parallelly, Mr Gantz wants the Trump Office to wait and has even argued that releasing the peace plan ahead of the March election would amount to electoral interference.

According to the insiders, President Trump has not made a decision but did not deny that one could be coming soon.

So-called ‘deal of the century’ aimed at leading to a $50 billion investment, including $28 billion in the occupied West Bank and besieged Gaza Strip. The rest of that huge amount planned to be spent in Egypt, Jordan and Lebanon, according to Kushner.

For Palestinians, such a deal seemed to be a slap. The authorities have immediately rejected Kushner’s plan, saying it aims to liquidate the Palestinian cause.