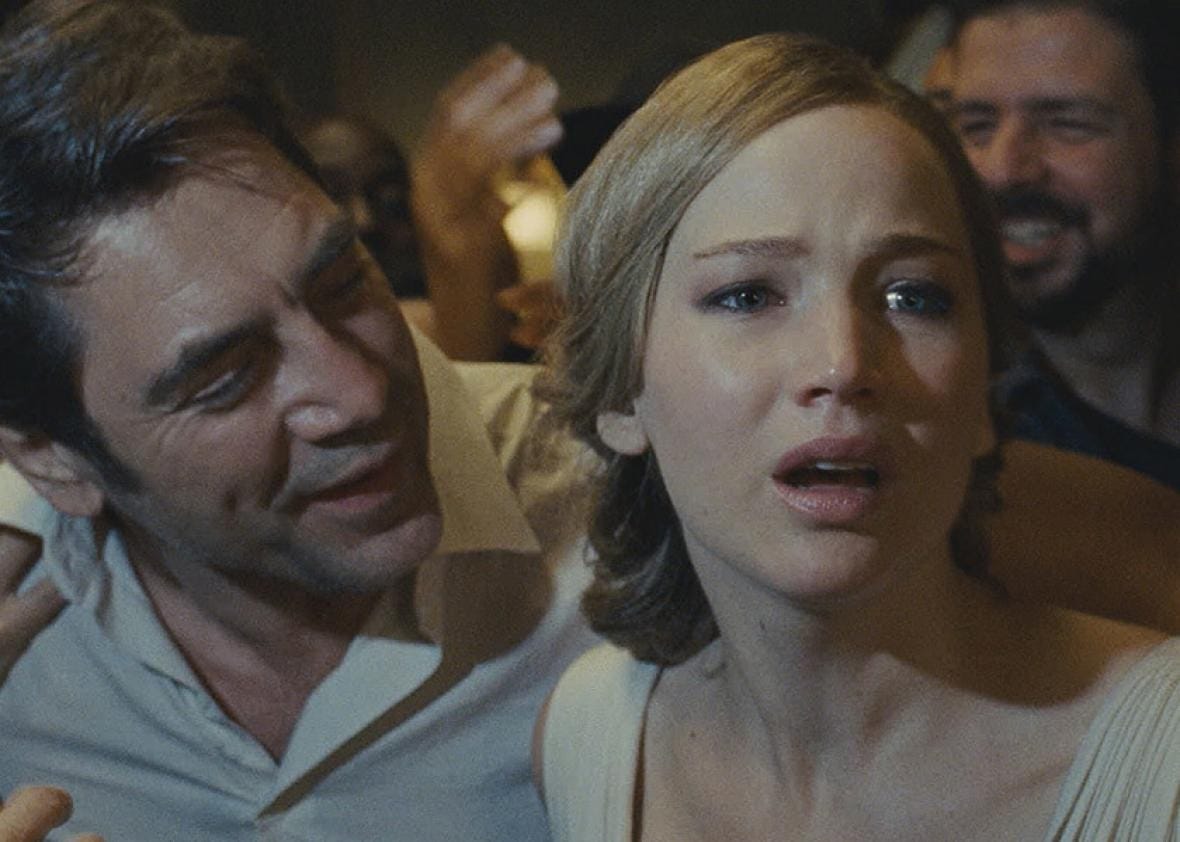 Jennifer Lawrence and her boyfriend Darren Aronofsky became the notable couple at Venice Film Festival this year. Director is proud to present his thriller Mother! where Lawrence plays an unnamed woman.

The drama Mother! has already tagged as the most mysterious movie of Aronofsky, and the critics are equal parts impressed and disturbed. The psychological thriller (or haunted house horror?) follows Lawrence’s heroine and her screen husband (Javier Bardem) as they are visited upon by strange guests in their creepy, isolated mansion.

Sounds thrilling, so comparisons are being made to Rosemary’s Baby, as well as to Aronofsky’s previous works, Requiem for a Dream, Noah, and Black Swan. All these movies have an element of noir and create a special atmosphere.

The bright Hollywood star Michelle Pfeiffer acts in this horror film a buffer between characters of Lawrence and Bard. Javier Bardem joining all three colleagues for the photocall and the press line. After their photo call ended, Aronofsky, Bardem, Lawrence and Pfeiffer attended the premiere.

After their photo call ended, Lawrence, Pfeiffer, Aronofsky, and Bardem attended the premiere. For the 48-year-old Darren and his 27-year-old girlfriend Lawrence, Venice event was the first public appearance as a couple. While working on the set, the actress and director fell in love, there were many rumours about it in the press but none of them commented the situation.

Now, Darren and Jennifer are happy to present their thrilling movie and themselves as an item at the 74th Venice Film Festival.