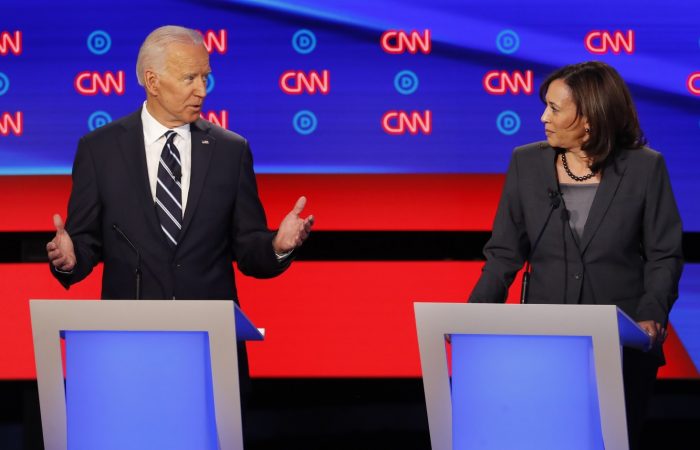 Joe Biden’s choice for his vice-presidential running mate is Kamala Harris. A 55-year-old first-term senator from California became the first woman of colour to be selected for a major party ticket, CNN says.

Biden, the US Democratic Party’s presumptive presidential candidate, has announced he chose Senator Kamala Harris to be his 2020 election mate. The presidential run is getting intensive, so, Biden’s choice has surprised the experts.

In fact, Ms Harris is seen as a safe pick in spite of having clashed with Biden in democratic presidential candidate debates, and Biden says he holds no grudges. She is the former California attorney general who has used her experience as a prosecutor to pick apart arguments from the current administration in Senate hearings.

At the same time, her critics say during her tenure as attorney general, there were a lot of questions raised. For instance, Harris’ willingness to intervene in a certain range of cases, including police excessive use of force allegations, as well as areas around drug policy that could really become a problem for her.

Biden’s campaign said he and Harris would make their first joint appearance on Wednesday in Wilmington, Delaware. Due to coronacrisis, Joe Biden has to limit his campaign travel, now, both Democrats should intensify their efforts.

In choosing Harris, Biden is acknowledging the vital role black voters will play in his bid to defeat Trump. In 2016, the first dip in black voter turnout in 20 years contributed to Democrat Hillary Clinton’s upset loss to Trump.

President Trump said he was surprised at Biden’s choice. According to him, Kamala is a big tax raiser. «She’s a big slasher of funds for our military. And she’s got a lot of difficult things that she’s going to have to explain,» Trump wrote on Twitter, commenting on Biden’s choice.

Meanwhile, Barack Obama believes she is ‘more than prepared’ for that position. The former president hailed Biden’s choice, saying ‘it’s a good day for our country’.