Lukashenko spoke about the significance of the Russian Orthodox Church.
The US may announce expanded access to bases in the Philippines.
The Iranian parliament promised to respond to the drone attack on a facility in Isfahan.
“Uzbek Railways” suspended transportation to Afghanistan.
Taiwan tracked 34 aircraft and nine ships of the Chinese army near the island.
The German defense company commented on the transfer of Leopard tanks to the Armed Forces of Ukraine.
The United States saw no signs of misuse of funds in Ukraine.
The United States saw no signs of misuse of funds in Ukraine.
The Moldovan government will propose to Parliament to extend the state of emergency for 60 days.
Clashes with the police broke out during protests in Paris.
Our choice
A Chinese expert explained why the United States is afraid of the exercises of Russia, South Africa and China.
55669 1
The North Korean Foreign Ministry threatened the United States with consequences for words about the arms trade with Russia.
48867 0
Participants of the riots in Karakalpakstan were charged.
47256 0
Qatar conveyed to Iran the message of the parties to the negotiations on the resumption of the JCPOA.
45645 0
The number of victims of the explosion of a mosque in Pakistan has increased.
42960 0
The United States conducted a successful test launch of a hypersonic missile.
42244 0

Joe Biden to Visit Middle East: Will Support for Anti-Russian Sanctions Be at Stake? 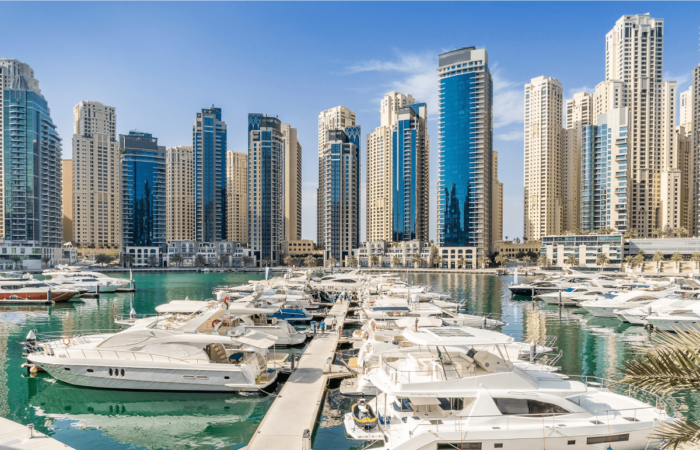 U.S. President Joe Biden is planning a visit to the Middle East from July 13-16. Apart from security issues in the region, the major topic during meetings and negotiations will be the Arab world’s support of Western economic sanctions against Russia. The UAE continues to work with Russian investors despite their assets being of dubious origin. However, the Emirates can give up their loyalty to the Russian capital if they benefit from the U.S. in a regional political game.

Joe Biden’s visit to the Middle East–for which Washington is carefully preparing–will mark his first as U.S. president. In May, CIA Director William Burns, Defense Secretary Lloyd Austin and Secretary of State Anthony Blinken made a visit to the UAE, where Sheikh Mohammed bin Zayed Al Nahyan has become the new president. He has been the Emirates’ de facto leader since 2014, making all major decisions following the declining health of his older brother, Khalifa bin Zayed Al Nahyan, who suffered a stroke. Upon the eventual death of his elder brother, Mohammed gained full power. Will these circumstances have any bearing on the relationship between the Emirates and the U.S.?

It might seem that Washington would have an easier dialogue with Mohammed bin Zayed Al Nahyan than with his predecessors. Indeed, he is known as a philanthropist and an adherent of many Western ideals. Mohammed visited Pope Francis in 2016 and welcomed him personally to the UAE in February 2019, marking the first papal visit to the Arabian Peninsula. Mohammed bin Zayed Al Nahyan has also traveled extensively around the world, promoting anti-extremism topics and negotiating partnerships with world leaders to address the issue. He is known for his significant efforts to protect nature, working with the Gates Foundation to vaccinate children in Afghanistan, and expanding women’s rights in the Emirates.

However, since the beginning of the conflict in Ukraine, the UAE has refused to support U.S. efforts to economically weaken Russia. The Wall Street Journal reported, citing sources, that Mohammed bin Zayed Al Nahyan had refused to return phone calls from U.S. President Joe Biden. While the UAE has been critical of the Kremlin’s actions, they have not joined in sanctioning Russia and remain loyal to the inflow of Russian money.

According to the Knight Frank company, from January-June 2022, many Russians purchased real estate in Turkey (20% of total sales) and the UAE (18%). Turkey is popular with the middle class, while many wealthy Russians are moving to the prestigious areas of Dubai from London, where they have become outcasts because of denigrated ties with the Kremlin. One of the houses overlooking the Persian Gulf was bought here by the Russian billionaire Roman Abramovich. This is also where Russian oligarchs hide their yachts from Western sanctions, as did another Russian oligarch, Andrei Melnichenko. His $300 million Motor Yacht A was discovered in the port of Ras al-Khaimah, according to The Financial Times.

The UAE is a safe haven for financiers close to the Kremlin. Tim Dimchenko, head of the direct investment department of state-owned VTB Capital bank, is a frequent visitor to Dubai. This bank was one of the first to fall under the harsh U.S. sanctions, which effectively paralyzed its work outside of Russia. In the UAE, Dimchenko sits on the board of Micropolis Robotics, a small startup founded in 2014 to develop drones for city services. Interestingly,the company has created only one prototype over eight years.

Dimchenko’s team includes Russians Yegor Romanyuk and Alexander Rugaev. Although they are not formally affiliated with government agencies, Romanyuk’s mother-in-law works in an executive position with the Federal Tax Service in Barnaul, Russia. So, they ran sensitive financial errands for Russian officials through Dimchenko. Romanyuk specialized in activist stock operations, and was the owner of two Cypriot companies–Barna Capital Group and Axima Funds Ltd. The latter had its license revoked in 2019. Rugaev has also long worked in Cyprus, the main offshore country for many wealthy Russians, through which they withdraw funds from Russia.

The CIA director’s visit to Abu Dhabi could be related not only to preparations for Joe Biden’s tour, but also to negotiations to jointly disrupt the work of such Kremlin financiers. The U.S. Federal Bureau of Investigation (FBI) recommends that oversight agencies look in the UAE for traces of investments by individuals who were sanctioned after February 2022. Will the Emirates cooperate in this effort?

It is clear from Abu Dhabi’s statements that the UAE has so far refused to join Western sanctions not because of its support for Russia, but because of its long-standing grievances against Washington. The Emirates are concerned about the U.S. desire to return to negotiations on the nuclear deal with Iran and the likelihood of a partial lifting of sanctions against Tehran. In this political game, Washington’s trump card will be a tougher stance against Iran.

There is also increasing pressure on the UAE from international institutions. Back in March, the International Financial Action Task Force (FATF) put the Emirates on a “gray list” because of the revealed problems in money laundering. In June, U.S. Deputy Treasury Secretary Wally Adeyemo met with heads of government agencies and financial companies in the UAE to discuss the issue.

Bloomberg reports that the UAE intends to fight dirty money to clean up the country’s image. A series of high-profile arrests had already taken place in Dubai in early June. Wally Adeyemo welcomed Abu Dhabi’s commitment to preventing money laundering and stressed the need for “vigilance and proactive action” in the fight against Russian sanctions evasion. Only then will the country be able to get off the “gray list,” so the Emirates will probably soon cease to be a safe haven for Russian elite capital.

The West has been consistently working on this problem. The U.S. has even announced the creation of a new administrative structure with the participation of experts from the Ministry of Finance and the Ministry of Justice, whose operation is designed to simplify the seizure and confiscation of Russian assets.