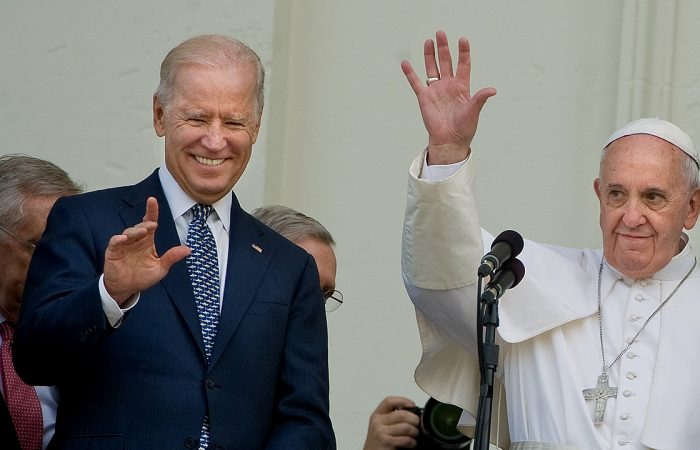 The US President Joe Biden and Pope Francis hold he extended talks on climate change, poverty and the COVID-19 pandemic Friday. The meeting between the two leaders even ran overtime, according to the Vatican press office.

The pontiff and Joe Bide had the highly personal discussions that also touched on the loss of president’s adult son and jokes about aging well.

Commenting on his visit to the Vatican, Joe Biden said he had a “wonderful” meeting with the pontiff  and that Pope prayed for him and blessed his rosary beads. Asked what prayer was about, Biden replied, “Peace.”

The American leader takes pride in his Catholic faith, using it as a moral guidepost to shape many of his social and economic policies. Joe Biden wears a rosary and attends Mass weekly, yet his support for abortion rights and same-sex marriage has put him at odds with many US clergymen, some bishops even have suggested he should be denied Communion.

According to President Biden, he and Francis did not discuss abortion, but offered that the head of the Roman Catholic Church said, “He was happy I’m a good Catholic and I should keep receiving Communion.”

Biden also slipped what’s known as a challenge coin into the pope’s palm during a handshake, and hailed Francis as “the most significant warrior for peace I’ve ever met.”

The personalized coin depicts Biden’s home state of Delaware and a reference to his late son Beau’s military unit, the 261st Theater Tactical Signal Brigade. Biden told Francis that Beau would have wanted him to present the coin to the pope.

“The tradition is, and I’m only kidding about this, but next time I see you, if you don’t have it, you have to buy the drinks,” Biden said, referring to the coin. He added: “I’m the only Irishman you’ve ever met who’s never had a drink.”

Pope Francis has stressed that he will not reject political leaders who support abortion rights, though Catholic policy allows individual bishops to choose whether to prevent people from taking Communion.