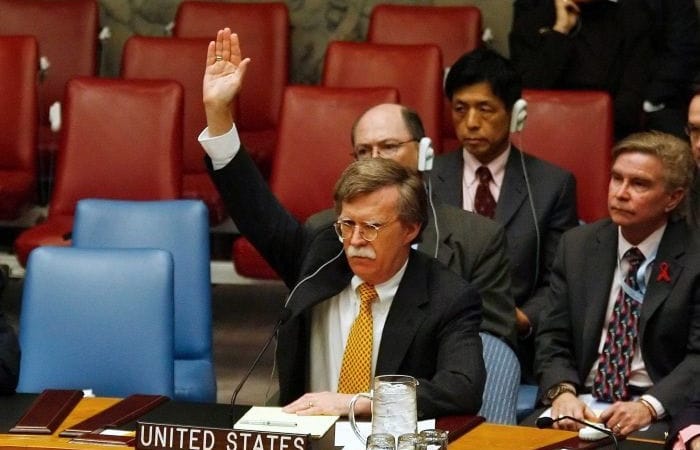 President Trump wrote on Thursday that Bolton’s appointment is not so impossible like people in administration think. The national security shakeup comes as the president is increasingly shedding advisers who once eased the Republican establishment’s concerns about the foreign policy and political novice in the White House.

In a turbulent six weeks, Trump’s administration faced many staff changes, and current national security adviser McMaster is the sixth close adviser or aide to announce a departure. McMaster clashed with the POTUS over the Iran nuclear deal and Afghanistan policy, so he joins ally Secretary of State Rex Tillerson, who was unceremoniously fired last week.

Not only will he influence US policy in Syria and Iraq, but more immediately and more worryingly, his appointment signals a much tougher US stance against Iran and North Korea. Another reason for ousting McMaster is this week’s stunning leak about Trump’s recent phone call with Russian President Vladimir Putin.

According to the White House, McMaster’s exit had been under discussion for some time and stressed it was not due to any one incident, there are many aspects and factors.

Mr Bolton is an experienced diplomat who served as George W Bush’s UN ambassador, he already held talks with President Trump on Thursday. Bolton is known for his hawkish foreign policy views that are more in line with Mr Trump’s stances.

“Frankly, what I have said in private now, is behind me, at least effective April 9,”

he said in a Fox News interview, referring to the date he is scheduled to take over from Mr McMaster.