Johnny Depp, Penelope Cruz at the Murder on the Orient Express premiere 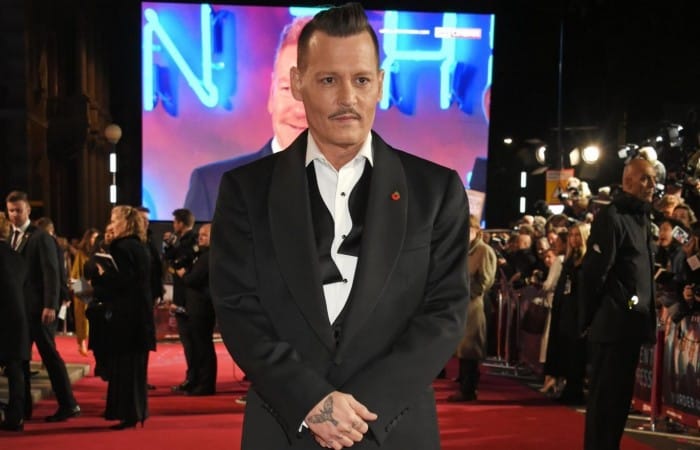 Johnny Depp, Penelope Cruz, Michelle Pfeiffer and other stars gathered for the Murder on the Orient Express. The actors posed during the photocoll and Mr Depp confessed that Dame Judi Dench is his ‘one true love’.

The fourth adaptation of Agatha Christie’s has a star-studded cast that gathered all the actors for the premier. Depp surprised journalists when he said “Judi Dench is my one true love. She levitates” and added this woman is perfect. Daisy Ridley, Michelle Pfeiffer, Willem Dafoe and director Kenneth Branagh also were on the red carpet for several photos.

Judi Dench’s acting skills are really astounding, other actors were happy o play along Dame Dench on the set of Murder on Orient Express. She demonstrated the highest level of professionalism and created a friendly working environment, which is a rare case for the cinema world.

Speaking of Johnny Depp’s character, the evil Edward Ratchett, the actor emphasized that the villains are more interesting to tackle as an actor.

“I mean, sure, there’s a lot more that you can explore in that regard. But I’m not sure a villain ever really thinks he’s a villain,”

Johnny was also full of praise for Branagh, who as well as directing the film also stars as Hercule Poirot, saying he’d film ‘anything’ with the Brit.

Penelope Cruz at the premiere

The Spanish beauty Penelope Cruz stars as missionary Pilar Estravados in Murder On The Orient Express, she truly dazzled in the glittering number, which remained utterly sophisticated with a round scooped neckline and three-quarter length sleeves, before it cut into a daring thigh-high split at the skirt.

For the premiere evening, the whole cast preferred to wear black, the only light spot was blonde Michelle Pfeiffer who wore an elegant pearl silk gown.