Johnny Depp started a new phase of his life where there is no greedy young wife like Amber Heard. The Hollywood couple divorced already but according to the court documents, Mr Depp should pay to Ms Heard $6.8M settlement. This week the actor refused to do it after the series of statements she has made.

Amber Heard since splitting with Johnny Depp transformed herself into the vocal activist for women in abusive relationships. Amber alleged Depp from dusk till dawn, saying he was physically abusing her throughout their short marriage. Such an often Heard’s performances made tired Johnny Depp so much that the ‘Carribean Pirates’ star refused to pay her $6.8 million divorce settlement. 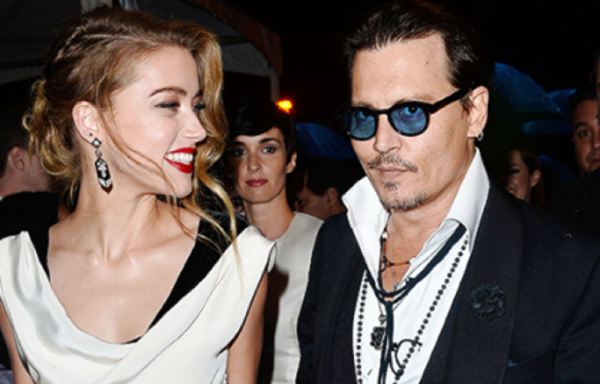 There has been much speculation in recent weeks that Heard’s public comments about domestic abuse, in which she repeatedly refers to herself as a victim, could put the deal with Depp in peril, as, despite not identifying Depp by name in her remarks, there is little doubt as to whom she is referring.

And now Depp is indeed refusing to pay the money, with Heard alleging that Depp is claiming ‘breaches’ of their confidentiality agreement. Mr Depp’s representatives issued the statement about the abuse allegations:

“Given the brevity of this marriage and the most recent and tragic loss of his mother, Johnny will not respond to any of the salacious false stories, gossip, misinformation, and lies about his personal life.”