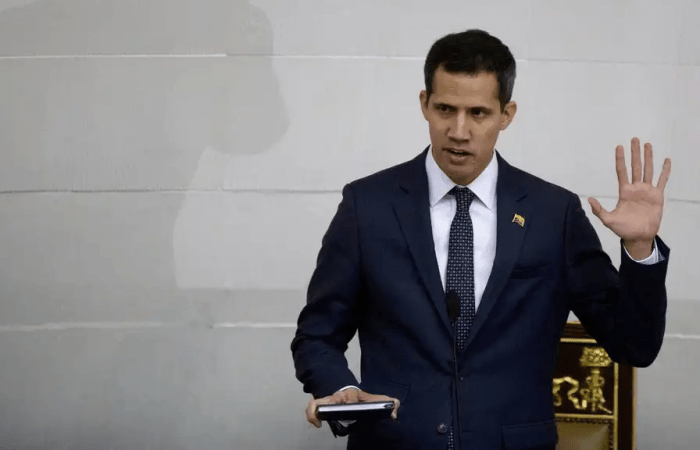 Juan Guaido repudiated Nicolas Maduro’s claim this week that the opposition’s challenge had failed, saying it was a mix of propaganda and delusion. As Guardian reveals, the interim president strongly believes that the cruel dictatorship era is over.

Venezuelan opposition leader Juan Guaido was now recognised as the legitimate interim president by more than 50 governments, the new leader claims his country’s march into a new political era was unstoppable and Maduro’s “cruel dictatorship” doomed.

In his recent interview to Guardian, Mr Guaido said that Nicolas Maduro is totally detached from reality, and this is a worry when the opposition is seeking a peaceful transition for Venezuela. Talking about his perspectives as a president, the opposition leader backed by the White House has cited Mahatma Gandhi: “First they ignore you, then they laugh at you, then they fight you, then you win.”

Despite the critics who have questioned the authoritarian inclinations of several of Guaido’s key allies, particularly Donald Trump and Jair Bolsonaro, a new interim president continues to repudiated Maduro’s statement that the Voluntad Popular’s challenge had collapsed, dubbing that a mix of propaganda and delusion. Mr Guaido confesses as well he hoped to build a broad international alliance including left- and rightwingers, such as Ecuador’s Lenín Moreno and Chile’s Sebastián Piñera respectively.

For Nicolas Maduro, the protests are a common thing, the legitimate President is showing no sign of budging, and some fear Guaido’s movement could lose momentum. In 2017, mass anti-Maduro protests convinced many that Ugo Chávez’s heir was finished, only for Maduro to emerge stronger. Meanwhile, Juan Guaido said he still believed the most likely prospect was a peaceful transition, Venezuelans are too tired to fight for their prosperous future.