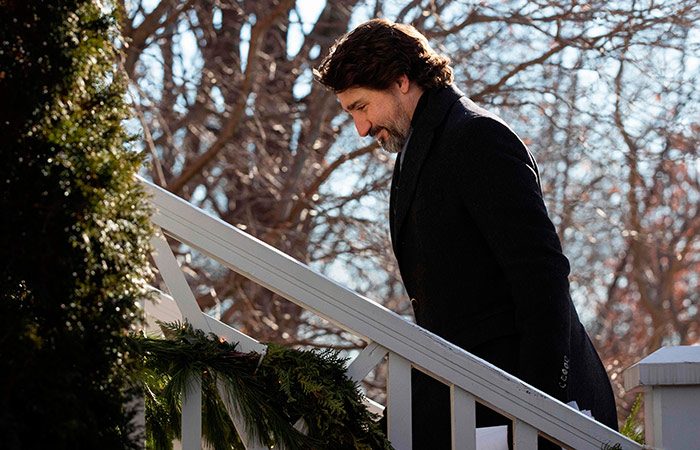 Canadian Prime Minister promised to receive his own anti-COVID shot ‘when turn comes’. Justin Trudeau, who turns 49 on Christmas Day, December 25, will be vaccinated publicly once those in his age group are in line to be vaccinated, Gulf Today reports.

Following Russia where the mass vaccination has started two weeks ago, Canada began vaccinating people in high-risk categories. It includes frontline health care workers and residents and staff of long-term care facilities with a relatively limited supply of the Pfizer-BioNTech vaccine.

Prime minister welcomes the mass vaccination and says: “When my turn comes, I will do it publicly and enthusiastically”. PM Trudeau added that he would follow the recommendations of public health experts.

“Whenever, you know, healthy adults in their 40s are open to getting vaccines, I’ll be getting vaccinated,” said the head of Canada’s government.

Trudeau’s family has already faced the novel pathogen when Sophie Gregoire Trudeau tested positive for the COVID-19 in March, and he spent two weeks in self-quarantine. On Sunday, PM suggested that he also might have had an extremely mild case of the disease.

“It’s very possible that I caught it,” Trudeau said. “I don’t know. I was absolutely asymptomatic.”

Trudeau said doctors told him to get tested if he had so much as a sniffle, but he didn’t have a sniffle.

The government’s Health Canada expects to receive additional vaccine doses soon both from the Pfizer. Another supplier, Moderna, needs to be given a green light from Canada. The Moderna authorization is expected “in coming weeks,” according to Health Canada.

As of mid-December, Canada with its 38 million people has placed orders or options on more than 400 million doses of vaccine from seven pharmaceutical firms. The huge country will share any excess doses with other countries, Trudeau noted.

The spread of the COVID-19 has accelerated as the year-end holidays approach. According to the by Johns Hopkins University data, Canada passed the grim mark of 500,000 confirmed cases on Dec 19, reaching more than 509,000 by Dec 20, along with 14,212 deaths.

Quebec remains the province with the highest toll, the new daily record with 2,146 new cases.