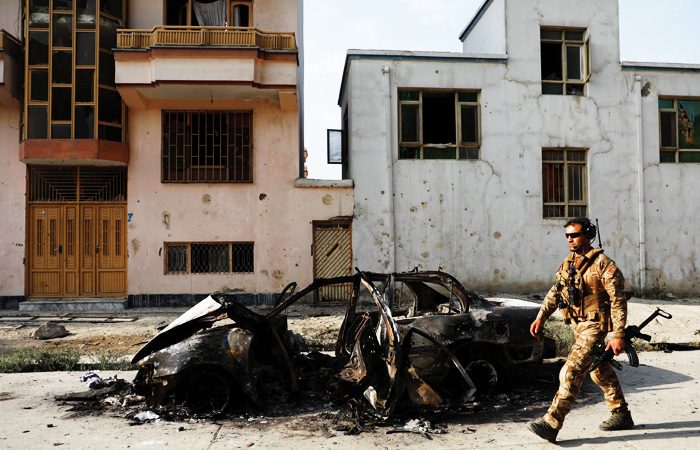 Kabul police confirmed that the powerful explosion hit the central part of the Afghan capital killed at least 20 people on Sunday. As Gulf Today reported, among 50 injured was the presidential candidate who started the first day of campaigning.

The blast on a road near the private Ghalib University killed at least 20 civilians, interior ministry spokesman Nasrat Rahimi said on Monday morning. Immediately after the blast, gunmen stormed a nearby building belonging to vice-presidential candidate Amrullah Saleh’s Afghan Green Trend Party. None of the terrorist cells claimed of responsibility for the attack so far.

Ghani and Saleh, along with more than a dozen Afghan politicians, launched their two-month-long election campaign. The attack underscored the risks facing the presidential election, which is scheduled for September 28 but which has already been delayed twice this year.

The attack came as officials have been looking ahead to an expected resumption of peace talks between the Taliban and US diplomats in the coming days. Photographs shared by a government official showed Saleh sitting in a garden with bloodstains on his right arm, surrounded by security guards.

Presidential polls are expected to be held on September 28 but the security situation has been deteriorating across the country with the Taliban and ISIS fighters mounting a near-daily attack on Afghan forces, government employees and civilians.