Kanye West has presented his next collection for Adidas, on Wednesday, Yeezy was showed its fifth season of Yeezy at New York Fashion Week. Kim Kardashian attended in the first row to support his husband.

Kanye West did the great job, the rapper and designer has finished his fifth season for Adidas collection. People in New York had an opportunity to see the Kanye’s items. The neutral note of the line became khaki and grey, the favourite colour scheme of Mr West.

Pier 59 Studios became the place for the presentation of the Season 5, this traditional NYFW venue gathered many friends of the rapper, his family and people from the American fashion industry.

But while the setting wasn’t quite as over-the-top, the show still garnered plenty of attention from the fashion crowd and fans alike — although the designer did include a strict ban on social media for the duration of the show.

The fashion show of Kanye had some drama fleur, fans remember that in September, the designer ran into quite a few problems with his big presentation. That time audience members complained about the overbearing heat and too long show. That time, several models even fainted while standing out in the sun. So, this winter Kanye decided to run at Pier 59 Studios. 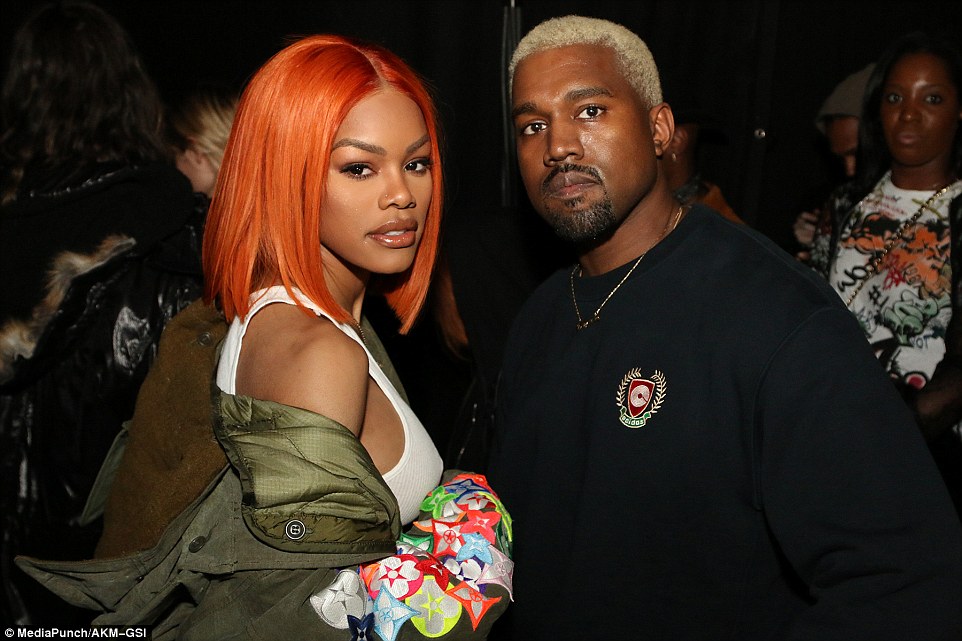 Teyana Taylor and Kanye West at the presentation, Feb. 16