Kanye West has back after his nervous breakdown but the rapper disappeared from the social media. Kim Kardashian’s husband mysteriously deleted his Twitter and Instagram accounts, leaving millions of fans perplexed.

Kanye West looks at this world with his own eyes now, the rapper needs no more the social media to be in touch with the crowd of the fans. All 27 million followers in Twiter are bewildered by deleting West’s accounts, the similar feelings have Kanye’s Instagram admirers (51 million). What’s up?

Over the years, the superstar was a well-known tweeter, commenting on a wide range of topic from politics, fashion, music and miscellaneous side of his life. He also promoted his music and range of brands using the medium as well as his personal life and wife Kim.

“I’ll come back when Kanye comes back”. 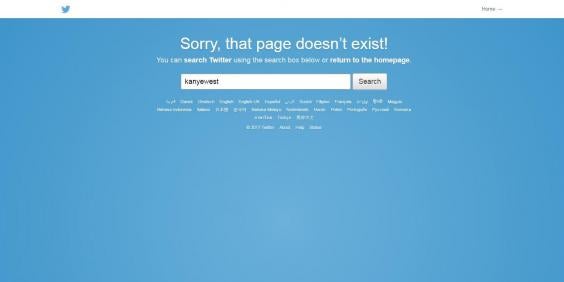 In fact, followers in social media like Kanye West very much but he is, probably, just tired from such a digital life. Recent time, it becomes harder for him to cope with different accounts, so now, Kanye prefers to spend the time with the real family, in this very moment, it is good for the 39-year-old celebrity. Others have suggested it may be a marketing ploy, as his wife Kim Kardashian recently revealed that the pair had been collaborating on a children’s clothing line.