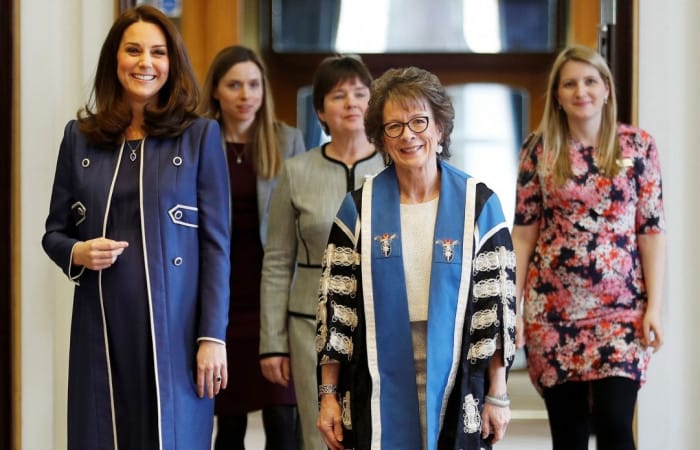 The Duchess of Cambridge makes history this week, and it is not about the giving birth. Kate Middleton became the first Royal Patron of the Victoria and Albert Museum, and that is a huge honour.

In a series of tweets, the Palace revealed how the Patroness will enjoy her new appointment.Taking into account that Kate Middleton is very interested in the visual arts, photography and design, the new position suits her perfectly.

“We are delighted that Her Royal Highness The Duchess of Cambridge has agreed to serve as Royal Patron of the museum,”

The Victoria and Albert Museum is the world’s largest museum of decorative arts and design, it was established to make works of art available to all and to inspire British designers and manufacturers, said the Kensington palace’s statement. Kate’s own passions like a love of photography and the arts will be the precious adds to the V&A’s activity.

In 2017, the Duchess of Cambridge visited the V&A, where she opened the new entrance, courtyard and exhibition gallery.

“The Duchess’s personal interest in photography, textiles and the visual arts, alongside her support for the role of art in supporting mental health and nurturing young people’s creative talent, fits naturally with the collections and civic purpose of the V&A,”