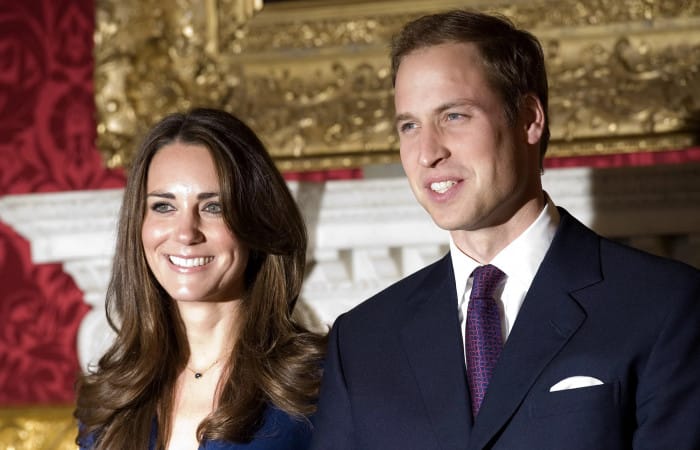 Kate Middleton and Prince William are celebrating the seventh year of their marriage. The royal couple married seven years ago at Westminster Abbey, and 36 million people over the world were watching the ceremony on 29 April 2011.

Kensington Palace’s official Instagram account is full of posts and messages, the users are writing to gongratulate the most beautiful couple of Windsor family with heir seventh anniversary. The palace uploaded the picture with the caption:

‘Seven years ago today — thank you for all the lovely messages on The Duke and Duchess of Cambridge’s wedding anniversary!’

On April 29, 2011, Kate and William’s wedding day was watched by royal fans all around the world, and today is the pair’s seventh anniversary as husband and wife. To mark the occasion, the Kensington Palace official Twitter account posted a particularly candid photo of the pair from their wedding day.

Rather than a glamorous photo of the couple at the altar or in the royal carriage, the Palace chose a very different picture altogether. The image shows the two driving an Aston Martin as they leave the wedding reception together.

Prince William and Kate Middleton received a flurry of support online, with royalists posting messages in honour of the anniversary. Users were messaging and congratulating:

“Happy 7th Anniversary to Their Royal Highnesses The Duke and Duchess of Cambridge!! It felt like yesterday I was watching your beautiful wedding.”

The new-born Prine Louis has changed the throne line, now, he is the fifth pretendent to the British throne, while his uncle, jovial Prince Harry, is only sixth one.