Kate Middleton and her sister Pippa visited the kids at the East Anglia’s Children’s Hospices in Quidenham, Norfolk. On Tuesday, the royals spent their day in the conversations with kids, comforting their parents and discussing the plans of how to help else.

The Duchess of Cambridge has been a royal patron of the East Anglia’s Children’s Hospices (EACH) since 2012. Her every visit to this hospital isn’t easy, the young mother-of-two was deeply moved today by a family who shared with her how they lost their five-year-old son to a brain tumour. Kate is a very compassionate person, she tried to comfort the family, hugged them and said:

‘I’m a mum and I can’t imagine what you’ve been through.’

Kate Middleton launched in 2014 The Nook Appeal, this initiative was updated this year again. The charity praised the role the Duchess Kate has played in helping to raise awareness of EACH’s work, such as opening a shop in Holt, Norfolk, in March last year.

The appearance of Kate Middleton is a very encouraging, during every her visit the Duchess of Cambridge talks a lot with the parents whose kids are receiving the medical assistance at the EACH’s structures. 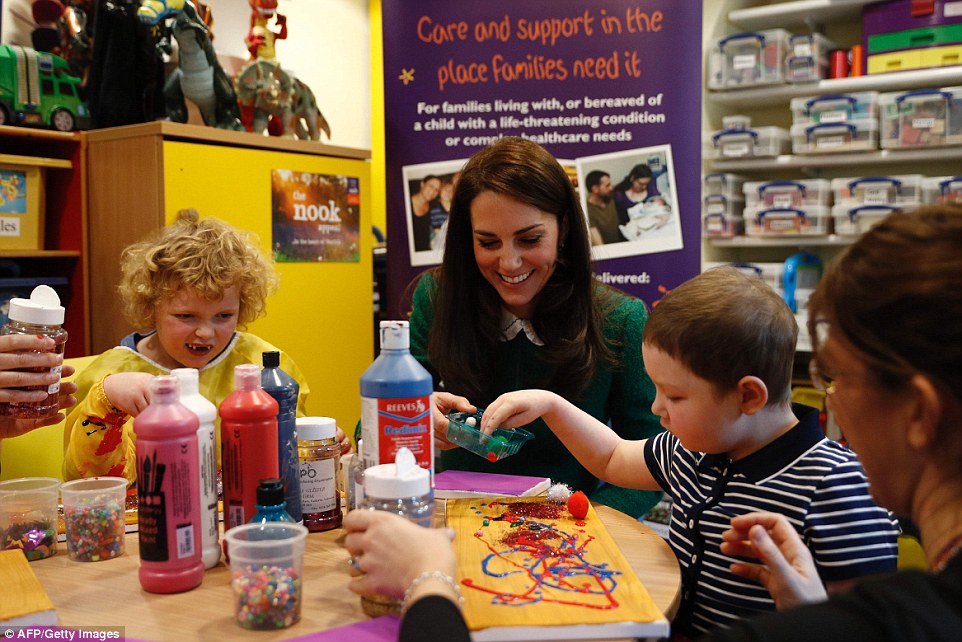 Kate Middleton as the best patroness for EACH

Graham Butland, the EACH’s Chief Executive, is very proud of their royal patroness: Kate Middleton does a lot for the charity organisation and kids. Mr Butland remembers how Kate started to be the patroness of EACH in 2012 and her first behind-the-scenes visits. He added:

‘Then that journey developed into your first public speech. Terrifying, well I can tell you my former chairman was equally terrified that day.’

During the period from 2012 to 2016, EACH has raised £5million towards a £10million new hospice. It planned to be twice the size and contain a hydrotherapy pool, family accommodation, bereavement suite and much larger play and the sensory room for its little patients. With such pro-active and charming patroness, the fundraising aim will be soon reached, Mr Butland believes.