Kate Middleton and Prince George visited the Natural History Museum, where a three-year-old boy was charmed by a dinosaur. Famous the Tyrannosaurus Rex from now is the favourite animal for little George, his mother said.

“George loves the T Rex because it’s the noisiest and the scariest.”

Kate Middleton took a part in the special children’s tea party being held to say goodbye to Dippy the Dinosaur. The Prince is a big fan of dinosaurs and volcanoes, everyone knows it. 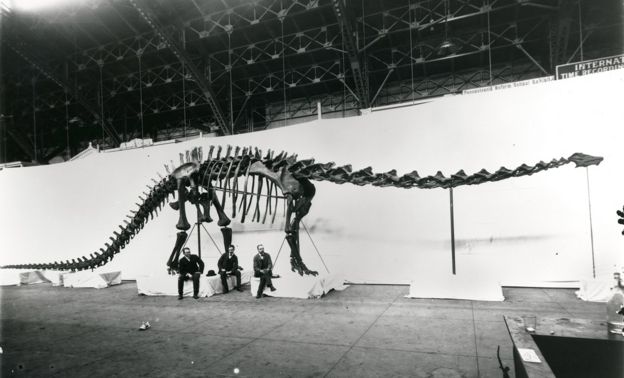 The old and massive Dippy is the museum’s most easily recognised exhibit. The Diplodocus skeleton is 21.3m long, it was presented to the museum 115 years ago! The model has never been on public display outside of the capital, but now it is being packed up and sent on a tour of the UK, so every piece must be labelled and packed away.

Prince George who is very interesting in biology stuff was delighted to visit a museum with mum.