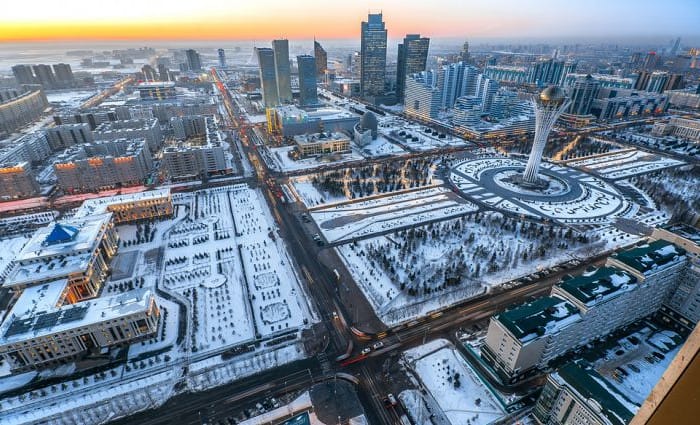 Kazakhstan’s capital will be renamed after final stepping down of President Nazarbayev, The Telegraph reported. This is not the first time Astana, which means “capital” in Kazakh, has been renamed for propaganda purposes.

The 78-year-old Kazakh president, Nursultan Nazarbayev, did a lot for his country, that was the main reason for naming the capital after him. The veteran politician has been in power since 1989 when he became the first secretary of the then-ruling Communist Party and de facto leader of Kazakhstan.

he started to serve as president in 1991, right after Kazakhstan gain its independence from the former Soviet Union. Kazakhstan is a hydrocarbon-rich nation of 18 million wedged between Russia and China, and thanks to Nursultan Nazarbayev, it has been becoming wealthier year to year. In 2015, Mr Nazarbayev was elected to the fifth term as president with 97.7 per cent of the vote, setting a new record in the electoral history.

Renaming the capital of Kazakhstan caused hot discussions among Astana residents who questioned criticised another changing of the city’s name. The change has quickly become the subject of jokes and memes, such as a picture of “Nursultan in Nursultan library in the city of Nursultan”.

While Kazakhstan’s personality cult is not as extreme as that in neighbouring Turkmenistan, its leader is already widely celebrated in film, music and art, including with a golden sculpture of him in the national museum eerily similar to the Lincoln Memorial statue in Washington DC.

A museum in Astana is dedicated to Mr Nazarbayev’s life, and the country’s main university, national library and a mountain peak are named after him.

This is not the first time Astana, which means “capital” in Kazakh, has been renamed for propaganda purposes. Originally established as the Russian Cossack fort of Akmolinsk in 1830, it was rechristened Tselinograd in 1961 to reflect the Russian phrase for Nikita Khrushchev’s virgin lands campaign to increase agricultural output.