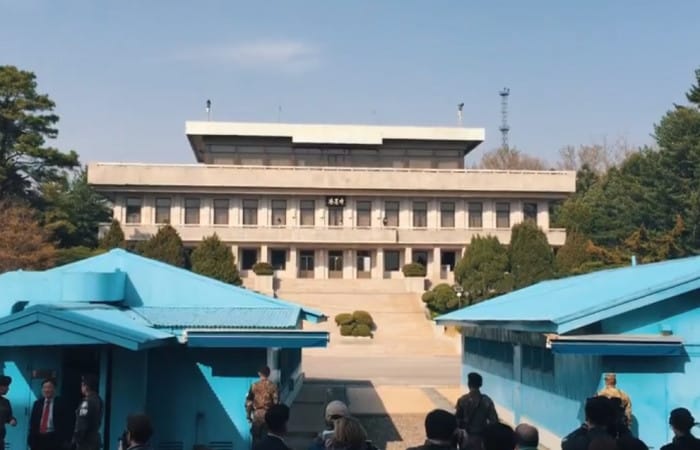 Kim Jong Un and Moon Jae In are ready for talks, the summit will take place on Friday, BBC reported.

The preliminary plan for the inter-Korean talks is a rather simple, President Moon will greet his visitor at the concrete blocks that mark the border between the two Koreas in the Demilitarised Zone. When Kim Jong Un steps over the line, he will become the first North Korean leader to set foot in the South since the Korean War ended 65 years ago. That is the most anticipated moment in the modern history of the world.

At the end of the one-day summit, Kim and Moon will sign an agreement and issue a joint statement, the South Korean presidential office’s spokesperson Im told on Thursday’s briefing.

“We are thinking it could be called the ‘Panmunjom Declaration’,”

Im said, referring to the border truce village where the summit is to be held.

The vicinities of the Blue House – the official residence of the South Korean president – became the place for the small demonstrations. A dozen people show their support the upcoming inter-Korea summit on Friday. They waved the unification flag depicting a full map of the Korean peninsula and the faces of both Korean leaders.

According to Seoul, Mr Kim and South Korean President will plant a tree together and inspect the honour guard after Kim the walks across the border for the leaders’ historic summit.