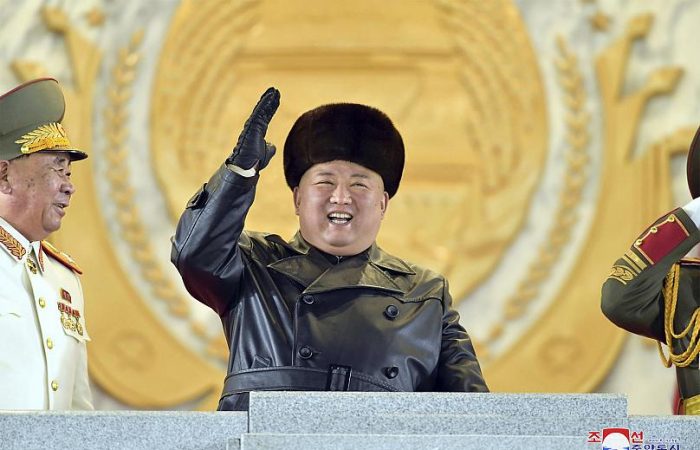 North Korea’s leader promised to boost the nuclear power of the country this year. During the military display on Thursday, Kim Jong Un vowed to keep the military power at the high level, Euronews has learned.

North Korea has demonstrated the new submarine-launched ballistic missile, larger than the ones the country has previously tested. Pyongyang continues to flex muscles despite the global pandemic.

The local media have published photos of Kim who is gesturing from a podium as thousands of troops and civilian spectators filled Kim Il Sung Square in the NK capital city.

Last week, the North Korean officials have gathered for the eight-day Workers’ Party congress that ended on Tuesday. To mark that important event, Kim also revealed plans to salvage the nation’s economy amid US-led sanctions over his nuclear ambitions, pandemic-related border closures and natural disasters that wiped outcrops.