Kim Kardashian and Kanye West for the first time since the Paris robbery had a night out together. The fans and critics asked so many questions regarding the possible divorce, so, the Hollywood couple decided to answer. They went out as a couple, just did it.

Kim and Kanye reunited, they visited Beyoncé and Jay Z and congratulated their daughter Ivy Blue with the 5th anniversary. On Friday, the two powerful couple spent an evening together. Despite the rant of Kanye two months ago, Beyonce and her husband decided to stop the conflict and invited Kim and Kanye to their home.

Mrs Kardashian West wore one of the masterpieces from Yeezy collection: an oversize red-and-black plaid shirt made curvy Kim even wider than usual. Her body looked totally disproportional, and loose tan sweatpants and nude stiletto boots smashed any hint at the elegance. 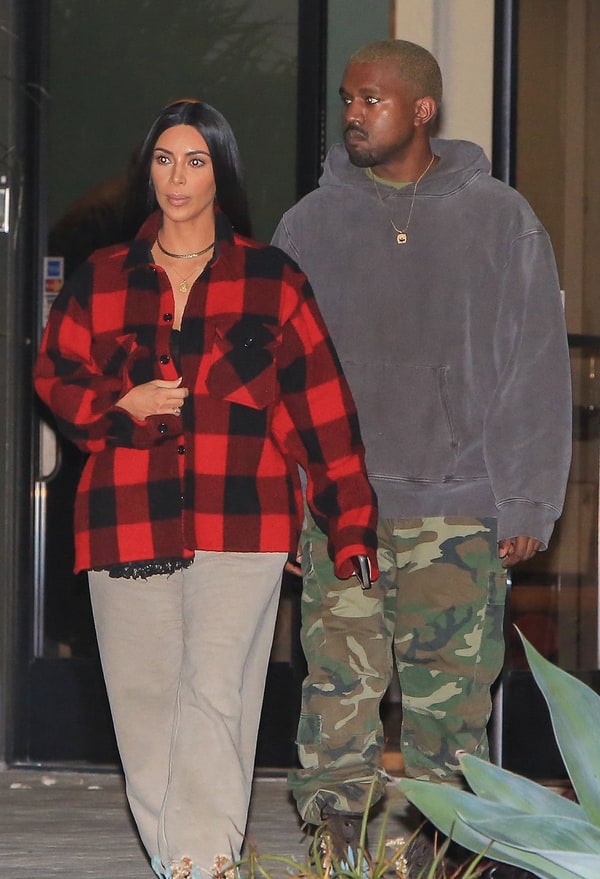 Half-blonde Kanye look as usual, the rapper opted for a grey hoodie, camouflage pants and black boots from his own Yeezy collection.

But as Kim comes out of her shell on social media, so too does she do it all in person, too — and it’s good to see some normalcy returning to her and Kanye after a very trying few months! It looks like these two headed back to normalcy.