Kim Kardashian and Kanye West are trying to protect their home in California, after Paris robbery, the Hollywood celebs decided to hire the armed security guards 24/7 for $20m Hidden Hills mansion.

The 36-year-old reality star Kim Kardashian and her husband Kanye West spent an awful autumn, the Paris robbery left only the bitter memories. Now, the celebrities are taking extreme measures before moving into her $20m Hidden Hills mansion this summer.

The Keeping Up with The Kardashians (KUWTK) star Kim K decided to hire the special squad of armed guards 24/7 outside her Californian residence. This mansion was under renovation for three years, now, with armed guards, it is a safe place for parents and kids. 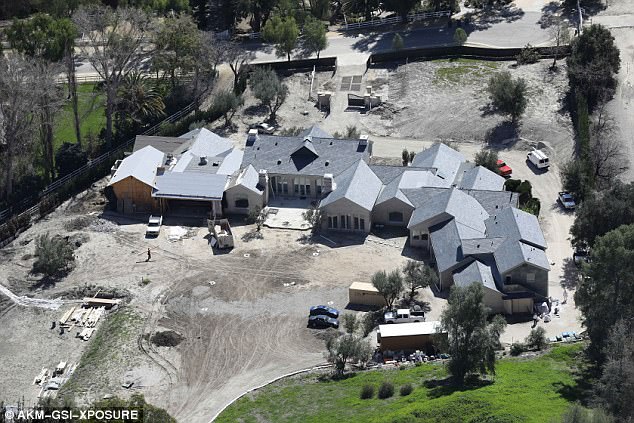 Kim Kardashian’s mansion as the fortress?

Kim Kardashian was happy to buy the 30,000 square foot home, which is located in the vicinities of LA, it takes only 45 minutes to reach it. The Hidden Hills mansion is a home for both Kris Jenner and Kylie Jenner.

In comparison with the January photos, the renovation made $20mln bigger, now, the home still needs to be major landscaping.