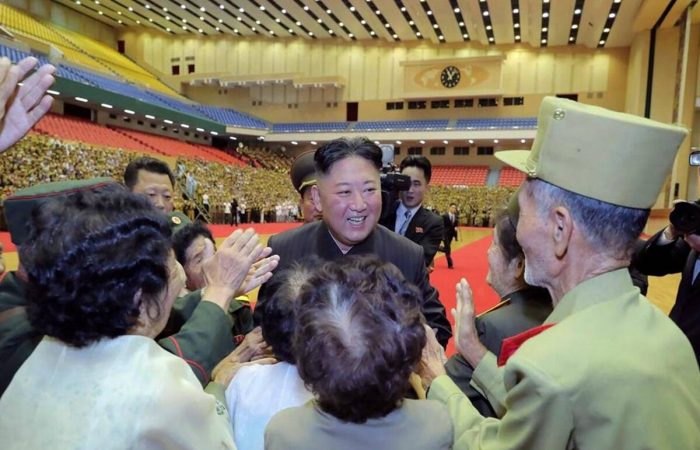 North Korea leader met on Friday with military officers ahead of annual drills next month between South Korea and the United States. For Kim, the drills are just invasion rehearsals.

Both North and South Koreas have reopened suspended communication channels this week. The move is raising hopes of reduced animosities on the Korean Peninsula but the experts called on modest optimism. Pyongyang could conduct missile tests or take other tension-raising actions in response to the drills, which both Blue and White Houses have altered in past years to support diplomacy.

Meantime, the workshop of military commanders and political officers from July 24-27 to discuss ways to enhance the North’s military strength. It said it was the first such meeting since North Korea’s military was founded.

Commenting on the upcoming annual drills, Kim ordered the workshop attendees to put greater efforts to boost their units’ combat efficiency. He asked that commanders and political officers focus all efforts on completing preparations for actively and offensively coping with any military provocation of enemies.

Kim accused “the hostile forces,” an apparent reference to the U.S. and South Korea, of bolstering their capabilities for making a preemptive attack and intensifying “all sorts of frantic and persistent war drills for aggression.”

In addition, the North Korean leader has threatened to build up his nuclear arsenal if Washington doesn’t withdraw policies it considers hostile to North Korea.