King, Queen of the Netherlands will pay a state visit to the UK in October 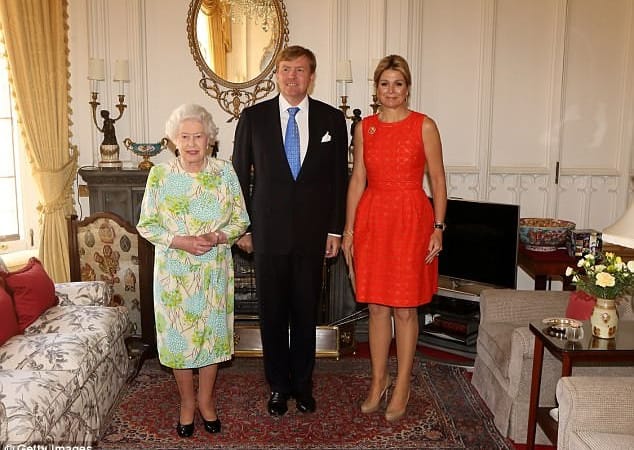 Queen Elizabeth invited ing Willem-Alexander of the Netherlands and Queen Máxima to visit Buckingham Palace in October, Daily Mirror reported. The British monarch previously hosted King Willem Alexander’s mother Queen Beatrix and her husband Prince Claus of the Netherlands in November 1982, now the young generations of royals will meet each other personally.

While Kate Middleton and Prince William will welcome King and Queen of the Netherlands in October, Duke and Duchess of Sussex will be in Australia for the Invictus Games. Prince Harry and his wife will be in Sydney from October 20 to 27 before embarking on a Commonwealth tour.

The Queen has hosted two previous state visits from the Netherlands during her reign and Buckingham Palace statement said:

‘Their Majesties The King and Queen of the Netherlands have accepted an invitation from The Queen to pay a State Visit to the United Kingdom from 23rd to 24th October 2018.’

According to the official statement, the royal guests will stay at Buckingham Palace.

The news comes after Queen Maxima cancelled a string of protocol events last month to fly home to her native Argentina to mourn the loss of her younger sister, Ines Zorreguieta who committed a suicide. King’s wife has experienced a difficult time of late after losing both her father and sister.